I've always wanted to go on that Petition Online web site and start a petition to petition. And then I realized it's has probably already been done. And it's also a crummy idea. And I smell.

You know what I hate? When people live in countries like Canada or the United States and complain about their lives. If you're not a braindead moron you could lead a successful life in any of these places. You know, you could be living in fucking Austraila. Austraila for God's sake.

I know what you mean. When I found out my father starred in German scat videos my jaw hit the floor. It litterally hit the floor because because he beat the shit out of me when he found out I knew.

That's quite a package you got there.

This is pretty much ninety percent of what Live Journal entries consist of. I just wish these people would take some initiative and practice what they preach.

That person now has internet AIDS.

This is one instance where a virus is a good thing. 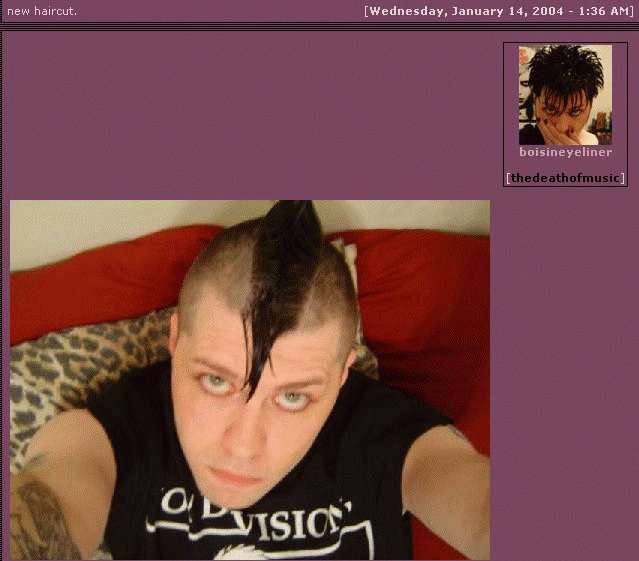