Wednesday, Aug 31, 2005 by Dr. David Thorpe (@Arr)
When things get slow at NASA, my mind gets idle. Nowadays it’s all “Mars this” and “Mars that” and everyone’s just sitting around conceptualizing and thinking and there’s no real work to be done. So I sit in my forklift and wait around for a piece of shuttle that needs moving, and I let my mind drift. Today, I happened to be thinking about some of the more omnipresent and irritating songs buzzing around the radio lately, and wondering why their lyrics seemed to ugly and emotionally crippled. I think we have a major crop of weirdoes on our hands, because most of the hit songs I hear lately have some twisted undercurrent of neurosis and mental malaise. Since I’m under obligation to present you with biting music commentary today, I figured I’d give you an idea of what I’m talking about by putting my beefcake mental prowess to the test and psychoanalyzing a few pop stars based on their hits. 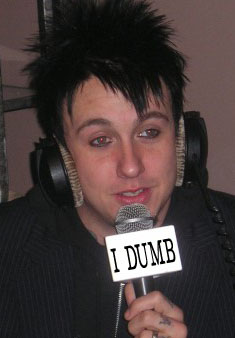 Nice haircut, idiot.Nu-metal meatthrob Jacoby Shaddix lays his soul bare in this single, which makes it a natural place to start (I’m also starting here because this song seriously pisses me off). In “Scars,” Shaddix attempts to paint a picture of himself as a compassionate man who has done his best to help a friend but becomes frustrated when that friend cannot help himself (or herself). Beneath this veneer, however, the track has extremely neurotic underpinnings. The song starts out with the line “I tear my heart open, I sew myself shut / my weakness is that I care too much.” While Shaddix might intend to present himself as a sensitive and tortured man, these lines reveal that he is desperate for approval. Saying that caring too much is his weakness is a fairly transparent self-compliment, akin to listing one’s faults on a job application as “perfectionist workaholic.” Already we’re beginning to see that Shaddix is more with concerned himself than with anyone or anything else, and this impression just grows stronger as the song commences. Let’s examine the first verse:

Although Shaddix just tried to create the impression that he’s a compassionate man, we immediately find him drinking alone and wallowing in self-pity. When a friend who has serious problems comes to visit him, he becomes annoyed and blames his own “insanity” (probably referring to his depression and drinking problem) on the influence of his friend. He accuses his friend of “channeling [their] pain” into him, which seems to go against his claim of “caring too much.” In the next verse, however, Shaddix explains that he did try to help his friend at one point:

Although compassion is supposedly in Shaddix’s nature, helping his friend was initially “against his own advice.” This adds to the mounting body of evidence that suggests that Shaddix is not actually as compassionate as he makes himself out to be. In the following verse, Shaddix literally screams “go fix yourself,” followed by this telling refrain:

Here, as the song comes to a close, we finally see Shaddix’s true modus operandi. The pivotal line is “at least I can say I tried”; Shaddix is willing to play the part of a compassionate friend in order to fuel his need to brag about being compassionate, but when he is unable to “fix” his friend’s problem, he becomes extremely hostile. He screams, he complains, and he accuses his friend of dragging him down and channeling his or her pain into him. While Shaddix intended to use this song to present himself as a caring and sensitive man, we are instead exposed to the ugly reality: he uses the problems of others to make himself feel useful and important, and then discards those he wished to help when his efforts fail. Shaddix does not understand that mental health and therapy is an ongoing process, and that he cannot simply “fix” people at will.

Diagnosis: Jacoby Shaddix is an egomaniac and probably a controlling sadist. At the same time, he is self-destructive, self-pitying, and quick to blame others for his problems while presenting himself as a caring friend. The people around him are just toys to him. 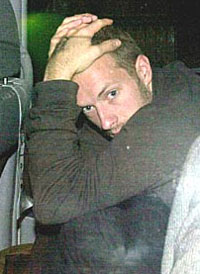 Manipulator of women.Coldplay, the current stadium-rock mantle-bearers (making them the Bon Jovi of the new millennium) are currently enjoying massive radio airplay with their new single, “Fix You,” which follows similar thematic lines as “Scars.” In this song, Chris Martin portrays himself as a sensitive and compassionate lover, although in less bragging terms that Shaddix. In the first verse, he begins to paint a picture of his lover as an utter failure:

The first line suggests that whatever his lover can do is simply not good enough; even while giving her “best,” she is unable to accomplish anything. The second line is basically accusing her of not having the faculties to run her own life properly. The combination, of course, is an unflattering one. One might initially assume that Martin is sympathizing with his lover. When we hear the next verse, however, it becomes clear that something more sinister is afoot:

And the tears come streaming down your face
When you lose something you can't replace
When you love someone but it goes to waste
could it be worse?

Clearly, Martin is posing as sympathetic while at the same time subtly undermining the confidence of his lover. By telling her that he is the “light” that will “guide her home” and “fix her,” he is really telling her that without him she is useless, and destined to live an unfulfilling life. This reveals Martin as a manipulative, calculating and fundamentally insecure person who takes on the “nice guy” role in order to fool unsuspecting women into succumbing to his charms. He then pretends to understand them, but only in an attempt to make them so insecure that they’re afraid to leave him. He is most likely the type of man who will convince a woman that he is the only one who will ever truly love and accept them by subconsciously convincing them that they are too flawed to be loved by anyone else.

Diagnosis: Chris Martin is a dangerous, unstable, and fundamentally evil man. He preys upon insecure women and saddles them with worry, doubt, and false notions that he is the only one who can help them. He’s also going bald a little bit. 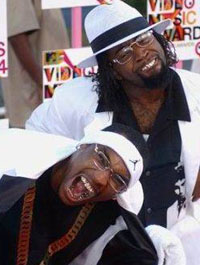 Double the addled.The Ying Yang Twins, having a combined mental age of 13, are fascinated by sex in the most refreshingly juvenile manner possible. This song is a delightful expression of their newfound interest in girls; although they appear to be fully grown men, the Ying Yang Twins are perpetually stuck at the moment where puberty first kicked in and girls went from something “gross” to something to be giggled about. The particular appeal of this song comes from its charming innocence; the lyrics tell the story of two young boys struggling to articulate their confusing and scary new feelings about the opposite sex. While a layman might view the song’s whispered flow as a gimmick, it is an expression of the uncertainty of the narrators. One must keep in mind that they are not actually talking to a woman, but rather they are fantasizing out loud to each other; their child-like minds are consumed with “dirty” thoughts about sex which they are ashamed of on some level. Because of the special bond between twins, the two narrators trust each other implicitly and can, in hushed voices, secretly articulate the semi-formed sex fantasies that children are often too bashful to speak aloud. The twins brag to each other about what they might say and do if they were placed in a sexual situation with a woman:

“You got a sexy ass body and your ass look soft
Mind if I touch it and see if its soft?”

The song gets more complex when one considers that the Ying Yang twins have the minds of young boys but the bodies of adults. This leads to the peculiar phallocentric fascination that drives the track:

When the Twins look down, they do not see the child-like genitals that their stunted minds are able to comprehend, but rather the full, robust genitals of adults. Therefore, they are faced with a disturbing dysmorphic image of their bodies: they are intimidated by their own genitals, and therefore they fear the effect that their genitals might have on women.

Diagnosis: The Ying Yang Twins are adorably stunted man-children, but we already knew that.

Whew, such ugliness. I’m going to go lie down and think about birds. If you need to drop me a line and suggest more songs to psychoanalyze, my e-mail address is stupidly obvious: davidthorpe@somethingawful.com.