Your Band Sucks: The Music Blog

Wednesday, May 24, 2006 by Dr. David Thorpe (@Arr)
Contrary to what most people think, Your Band Sucks isn't the only discourse about music on the internet (although heaven knows it should be). There also exists a vast network of music blogs, written by armchair critics and read exclusively by other music bloggers. Since the "blogosphere" is the hot new trend of 2006, I have decided to retrofit Your Band Sucks as the hottest blog on the web... BLOCKROG!

And can you believe the Times forgot to mention me again? What am I, chopped liver?I broke this Stephin Merritt shitbefore you idiots even knew it existed. Slate magazine called me to tell me I was a genius but I didn’t even answer. What I’m getting at here is that the New York Times needs me, I don’t need them. 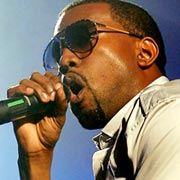 "Minstrel Show?"Still getting ridiculous blowback overmy April 18th postin which I called Kanye West a “step-and-fetch-it show-coon Uncle Tom house-negro.”Certain bloggers, whose names I shan’t mention, had the absurd gall to call me a racist, and even worse, a rockist. Apparently these stuffy crybabies have no concept of irony. I made the racist statement about Kanye West with the utmost sincerity, but I’m certainly not actually a racist, making it ironic.

Take a couple of courses in semiotics and you’ll see that I’m actually being quite politically correct. I even ran the statement by my buddy Mark who just happens to be a person of color, or so I assume since he really likes Trick Daddy (but just by looking at him of course I can’t tell whether he’s black or white because I don’t see him as a color), and he totally said it wasn’t racist as long as I was being ironic, which I was. I’m maybe the most politically correct person you could ever hope to meet, so don’t give me this bullshit about racism and rockism. Take an ethnic studies course and you’ll see that I’m practically black. Let’s just say “case closed” on this one!

Oh and by the way anyone who actually knew anything about rock writing would know that in 1989, Greil Marcus called Whitney Houston a “porchbound shuck-and-jive tarbaby,” and you’re not going to accuse Greil Marcus of being a racist, are you? Hypocrites.

P.P.S.- I saw a picture ofSasha Frere-Jones, who is practically, like, the godfather of not-being-a-racist, and I’m not totally convinced he’s black, but we’ll leave that debate for another day.

I was just thinking about how the oft-sticky concept of “authenticity” throws a Lacanian monkey wrench in the relationship of sign and signifier vis-à-vis The Spin Doctors’ smash-hit “Two Princes.” As a self-described poptimist, it gave me a bit of a chuckle, but it turned into a belly laugh when I remembered what Guy Debord said about the spectacular. Here’s a hint: relate it to Britney Spears’ “Toxic.” Get it? Impressed? If not, maybe you need to rethink why you’re reading this blog…

Speaking of which, have you ever noticed that acertainother music blogger tended to maybe misunderstand the tenets of the Lettrist International in his post about Bon Jovi’s “Have a Nice Day” album? Maybe somebody needs to crack those books a little harder, especially if that somebody is going to accuse me of not understanding deconstruction. You fucking stupid pig.

Yeah, maybe you guys noticed my name popping up once or twice in a cute littleNew York Times articleabout recategorizing the concept of misogyny in hip hop culture. I thought it was a nice little piece, but they misrepresented my position a little bit: I posited that Hawk & Lil Jon’s “Hoes Ain’t Shit” was not misogynistic by virtue of its subversion of the conventional relationship between hoes and shit, but they left that part out entirely and didn’t really actually mention my name or talk about my blog at all in the article, but maybe you noticed that the article was heavily inspired by my writings on the subject (well I guess I wouldn’t call them writings, more like musings, really, since they lack the formality and rigid structuring that I like to apply to my more scholarly work).

But in any case, I know for a fact that the New York Times reads this blog. I like to think we have a symbiotic relationship; I write intellectually stimulating cultural texts, and they read those and then reinterpret them as something more, shall we say, publicly palatable. I don’t want to say “dumbing down” because really that’s not what I mean at all, but you guys know what I’m saying, right? I would never dare speak ill of the Times, since I have several friends who work there (hi guys!) 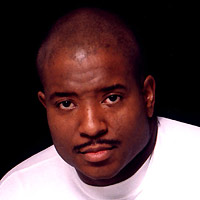 Bust a Move!If one act more than any other has been unfairly marginalized by the stifling orthodoxy of rockist (although the term was not yet coined when his persecution was in full swing) critics, it’s definitely Young MC. I feel that I would be derelict in my duties as a popist and a poptimist and as a proud member of the musoblogoddon if I did not seek to rectify the sad situation of critical ignorance surrounding Young MC; the lack of Young-related discourse in the blogosphere is often disgusting, and dare I say racist (one bloggerwho I shall not name, but he’s definitely a huge f’ing racist- has gone several years… without. even. mentioning Young MC. Racism? Yes. Yes, racism.)

Though Young MC’s recorded output could scarcely fill 1/64th of my iPod (and that only accounts for 2/1024ths of my total iPod capacity among all the iPods I own, because I own a whole f’ing lot of iPods, kid), the records he cut between 1989 and 1993 were without a doubt the most important black music of the 20th century, and to deny it would be well past rockist- maybe even moving into the territory of jazzist (yeah, that’s my own coinage so spend it wisely). Way more important than Duke Ellington (was he black? Sometimes the old jazz guys surprise you by being white… can’t be bothered to find out because I really don’t see people in black and white, unless it’s Young MC, because that brother is black to his very soul and his music is Important with a capital I). Speaking of capitalizing things, here’s a little idea I’ve been kicking around— how about we differentiate between rockist and Rockist by capitalizing the first letter? Comments? Please leave me comments!

Seriously, no comments on this? That’s bullshit.

If you dig reading real rock writing, check out my gigantic byline inThe Village Voice this week. I’m discussing the vital role C+C Music Factory played in shaping modern hip hop— let’s just say Ghostface Killah would be called Dr. Booty Jivefresh or something like that if it weren’t for C+C inventing the concept of black “gangsta” bravado. Anyway, pick up the latest issue of the Voice- my article doesn’t actually appear in it, but let’s just say they had me in mind when they wrote the piece about Gnarls Barkley. Just thought I’d give a little big-up to the Voice and let them know that I’m reading them, too, so it’s a mutual thing. We read and respect each other, and that’s cool.

I don’t know where they got the idea to turn my piece on C+C Music Factory into a totally unrelated article about Gnarls Barkley and then not give me any credit for it or whatever, but that’s how the print business works— you step over your friends to get published, so, you know, fair enough. I’ve still got a good working relationship with the Voice and they definitely have my phone number on file… things that make you go hmm indeed.

I went to a talk bySimon Reynoldsthe other day and it turns out that either I’ve been mispronouncing the word hegemony all these years, which is, let me tell you, not very likely at all, or this Simon Reynolds guy doesn’t know how to pronounce it. It was pretty funny, because he was talking about Public Image Ltd or Scritti Politti or one of those silly white bands or another and he said “hegemony” and pronounced it his way, and then during the question-and-answer segment a few people in the audience used the word “hegemony” and they also said it his way, even though he was probably wrong.

They were just going along with him, and isn’t that what hegemony means? Ha! If it’s not, I’ve been using the word wrong all these years, too, which is not likely. By the way, I say it like “hog-a-money,” which I admit is not how it’s spelled, really, but I’m almost sure that’s how it’s said, so this “Simon Reynolds” is currently on my shit list.

I was readingSasha Frere-Jones’s blogthe other day, and it’s cute how he puts up all these blurry pictures of stuff that he sees when he’s walking around, or whatever. I was going to start doing that, so I’ve been carrying around this camera— and I almost got a picture of a person of color nodding at me as I walked by, which would have once and for all proved that I am not a racist or a rockist or whatever, but alas, the thing was out of batteries so you will never know.

For those of you who have been e-mailing me aboutmy April 18th postin which I called Kanye West a “blackface minstrel-show oreo,” I’m offended by your allegations that it was a racist remark— if I had called Phil Collins a “coon,” would that have been racist? I think you people need to get hip to the multicultural, post-colonial aspects of the blogosphere; don’t think of me as a white person making racist remarks about black people, think of me as a person making racist remarks about people. Before you accuse me of being a racist, think about this: by accusing me of being a racist, doesn’t that make you a racist (since I’m white)? Checkmate.