A Case Study on The Players Themselves 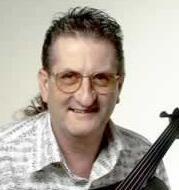 Playskill: The relaxed emotional detachment of someone with a life outside of WoW.

Environment: Ironforge for an hour while LFG followed by 20 minutes of questing.

They enjoy their job. They spend time with their families. They might like another game more. They may never see Level 60, and they don't care. This is the Casual Player. This player type plays the game for fun, abhorring politics or discussions of class balance. Casual Players may or may not look down on powergamers with a bit of derision, but they're just glad to have the uncanny knack of walking away when it suits them, and unlike your meth-addicted uncle that the family stopped talking about since the incident behind the bus station, they mean it. This dude may have a lot of questions when in a group or doing a quest, but thanks to social skills that haven't eroded from thousands of hours in front of a computer screen, they're almost always polite and genuinely appreciative of any help they get. Some of the earlier mentioned play styles may have started out as Casuals, and look back on those days fondly as they sit mired in their 100th Molten Core raid with nothing more than some scraps of Runecloth and a Warlock-only blue item no one else needed. 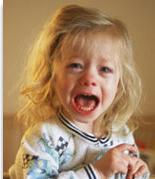 Playskill: Good, but could be better if Blizzard would get off their asses and do something

Also known as Forest Whitaker for his powerful performance in The Crying Game, The Sommelier has been warned by Game Masters that one more use of the Report function to explain how bugged his dice rolls are will result in the suspension of his account. Mind you, he tends to be a decent enough player & when things go well in groups or a battleground, you could barely tell he was there. However, if something appears to have gone wrong he will be sure to let you and everyone else who hasn't ignored him know what has happened. It doesn't even have to be true, or have merit, because he knows Blizzard has been out to ruin him in this game for the past year. A majority of the species tend to hibernate until patch notes are released, when they awaken and express concern about the 30 other things Blizzard has yet to address. The best way of handling this whiner is get him to talk to another whiner, in /w. Because of their inherent nature to feverously disagree with anything brought up, at some point they will both explode or be banned for using profanity. 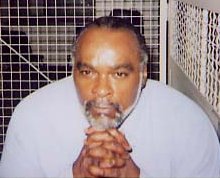 Even in a game as sanitized and newbie-friendly as World of Warcraft, there are aspects where a Exploit Artist can excel and enjoy themselves. Blizzard's Legoland-caliber geometry has created a host of terrain glitches for the crafty Exploiter to utilize in Battlegrounds or otherwise. Thanks to client-side location info combined with the battle.net tradition of shitting all over any entertaining game with any hint of exploitable coding, even speed and teleport hacks are available for the cheater’s amusement. These actions are performed with little fear of GM reprisal, with their average ticket response time now clocking in at a shade under six hours, many offenses are over well before help can be summoned. The psychology of the player,(or wowglide assisted Bot) is complex - from burning ants with a magnifying glass to giving swirlies to a kid who's probably your guildleader now – exploits allow for griefing at a level that is simply unfair. They also probably have a ton of fun. 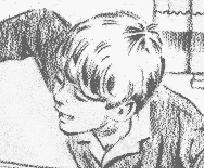 Environment: anywhere you don’t want him to be

Racial Traits: “Of the Whale”, “Of the Boar”

When I am talking about bad players, I’m referring to anyone who’s been level 60 and still doesn’t understand that Fear is a bad idea to use in instances. The Bad Player is strangely not a majority of the WoW population, but somehow you will always find one in your group. Goofus is the Paladin who rolls on the Dagger. Goofus is the Warrior that Thunderclaps right after the double sap/sheep. Goofus is the Hunter or Warlock who actively goes out of his way to jump off ledges, to see if his pet can find him before the 20+ mobs do. This isn’t to say that Goofus is a bad thing all of the time, you just need to make sure that Goofus is working for you. Goofus is the guy who buys Wool Cloth at 4 gold a stack. Goofus is the Shaman easily convinced that there is a chest with BOE blues in the center of Ironforge, behind the Kings throne. Goofus is the guy that is yelling random combinations of letters in the Wetlands, because you mentioned that all member in your guild had to speak both Dwarven and Gutterspeak, and he needed to go skillup. Most importantly, Goofus makes you look good. Unless you are in fact, Goofus. 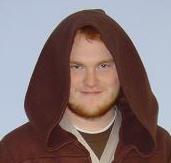 Playskill: Knowledgable as he is hopeful

Racial Traits: The Fanboy’s Spirit, Shitting in One Hand

Every server has one. Just one, but the servers will take what they can get. This is a player who takes pride in addressing the game bugs and player concerns that are not being resolved by Customer Service.. Chances are the GW created some helpful UI mod, or is one of those few posters that goes against the grain and posts valid, detailed concerns with statistics he has compiled, to help the Developers out. Everything he does exceeds what is expected of the player base, let alone people who play games on the Internet entirely. Despite his best laid plans, however, he will not ever have even the slightest chance to become a Game Master, much less receive any recognition outside from players who know how to use the /thank emoticon. The second Blizzard makes efforts to recognize their stellar community members with some form of reward, is the second they get a floodgate of people dying for the chance to hand out bags in the newb zones every Tuesday, characters in game treating other characters with respect and some sense of decency. It would essentially ruin all of the immersion inside of World of Warcraft.

Well, that's all we wrote. I'd again like to thank Fleet Admiral Raivin for his insights and at least two paragraphs worth of filler. I wish we had more time to talk about Paladin mount Piss Auras, or the Small Egg selling festival that is this in-game christmas, but our time runs short. However, if you have a question or vague threat you would like answered by our professional staff, please send it in to abraham@somethingawful.com. Some emails will even be answered in a future column! Heck, it might not even be this column!