Nubonyx.com: the Premier Internet Service Provider for People of

Tuesday, Dec 03, 2002 by Rich "Lowtax" Kyanka (@TwitterHasBannedAllMyAccountsEver)
Know of an awful site? Send it to us and become a hero!

Nubonyx.com: the Premier Internet Service Provider for People of, submitted by Q A. I often ask myself why I hardly ever see any negroes or colored people on the Internet. I mean, I look everywhere but just can't seem to find any minorities hiding in between sentences or underneath Flash animations. I just finished reading CNN.com and I couldn't help but notice the distinct lack of disembodied black person heads floating around the screen and making hilarious minority comments such as "wassup?" and "yo." Luckily for all involved, I was able to trace down the problem: there simply aren't any efficient ISPs that let minorities use their service! How are blacks, Latinos, Canadian Americans, Egyptians, and homosexuals supposed to use the Internet if nobody knows they're a minority? Well Nubonyx is here to help us all solve this problem, assuming we are all minorities, which would make us the majority minority. Oh, the fiendish complications of the Internet! 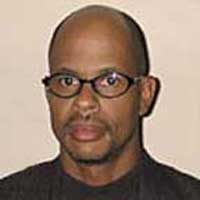 Nubonyx.com is a minority owned Internet Service Provider founded in year 2000 with the idea of creating an independent, entrepreneurial, versatile ISP that would serve a severely neglected segment of American consumers - the minority community.

Statistics show that a significant number of people regularly use the Internet. This number is steadily growing. It is essential that minorities take advantage of the potential marketing, networking and educational potentials available on the Internet.

Hey, wow, way to go, Internet jerks! I'm very proud of how you were able to take a completely anonymous informational service and try to racially polarize it just so you could make a buck! No, seriously, black people need their own ISP, one that can respond to their minority wants and needs, which are much different than our unhip white-person needs. Minorities need an ISP which lets them do their minority-type things faster, such as find out how they can make Nubonyx more money. An ISP for minorities is such a fantastic idea! While we're at it, why don't we have a special Internet for minorities as well? And school systems! And drinking fountains too! What a bunch of cow poop; go back to clown school, you black bozos.

PS: This is the best fucking chatroom ever, bar none.