Super Jay's Gargoyle Den, submitted by Chrismind. You know, we make furries take a lot of heat here at Something Awful, so today I thought I'd go easy on this one. Nah, I'm just kidding. This guy's a freak and I hate him. Jason, or "Super Jay," as he likes his imaginary friends to call him, is a true wonder of the horribly disturbing world of the furries. He can do it all - from godawful artwork to godawful costumes. And of course, he can make masks that are vaguely reminiscent of animals and serve to make the wearer look as repulsively ugly as humanly possible. Super Jay's favorite furry persona is a six hundred pound dragon/gargoyle hybrid. The fact that I can't picture a dragon and a gargoyle mating no matter how hard I try is welcome proof that I'm not completely insane. Unfortunately, most furries, and certainly Jason could not only picture that unpleasant scene, they can get off on it. Say, what's that tickling sensation in my spine? Oh right, a shudder of utter revulsion. 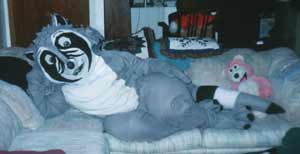 Bandit is the Raccoon fursuit Robert Wien of California gave to me in August 1998. Thank you VERY much Rob for the wonderful fursuit!! If it wasn't for you, I would have never been able to go out in fursuit within the past year.

Yeah, thanks Rob! Lord knows, if Super Jay couldn't make it out in fursuit, he would have gone right off the deep end and started thinking he's a giant green dragonspawn! Wait.... There's plenty more of Bandit the raccoon, including a massively revolting photo series of Jason dancing around in the suit. The best part is that if you hold your mouse over each picture for a few seconds, you get delightful little messages like "PLEASE cuddle me" and "Check my butt ;)" Hooray for society. When Super Jay isn't prancing around pretending he's a gargoyle or prancing around in a frightening raccoon suit, he enjoys prancing around in a whole slew (yes, an entire slew) of other fursuits. His crowning achievement, though, is definitely his furry mask and makeup work. You can even see videos of the masks in action (read: furries skipping like idiots with one another)! Hooray! 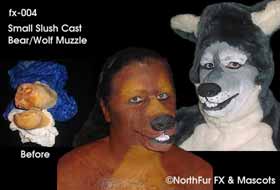 Yup, I hate my life. No, let me rephrase that. I hate Jason's life. Speaking of which, Jason wants you to know all about it. He has a fun-filled biography, complete with corresponding info for himself in real life and for the hulking Super Jay. Come to think of it, Jason's pretty hulking himself. 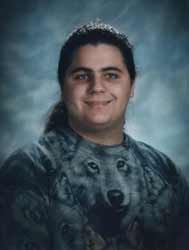 Gah. Jason is available for all sorts of freakish furry-related work, so he has a link to his resume. Remember, if you are in need of an oily fatass who can make you look like a gigantic squirrel that got in a fight with an eighteen-wheeler, or if you need someone to dress up like a squirrel themselves, why not give Jason a try? And afterwards, why not kill yourself for ever needing something like that? I honestly can't figure out what would possess a person to put their freaking resume on a site where they openly admit to wanting to be a giant animal. Most employers have an "applicant must understand and accept that he or she is a goddamn human" clause on their applications these days. If you still haven't reached your daily quota for sheer mindblowing stupidity, check out Super Jay's site. That should do the trick.