Tuesday, Sep 23, 2003 by Rich "Lowtax" Kyanka (@TwitterHasBannedAllMyAccountsEver)
Know of an awful site? Send it to us and become a hero!

Pounced.org, submitted by hello.jpg. Now before you exclaim, "oh boy, another furry site" in that hilarious tone of voice which has made the barbed quips from the cast of "Friends" so darn popular, let me explain something: I hate furry sites just as much as the next guy. I would be the happiest man in Major League Baseball if all the furries in the world suddenly decided to spontaneously unite and take all their websites down. I'd probably send them an animated gif web award which said something like "CONGRATS ON BEING COOL SITE OF THE DAY AWARD 2003" in spinning text that is probably on fire. Then, if they tried to display this image, I'd demand they take it down because they just tried to update their website and that wasn't part of the bargain. Unfortunately, furry sites are just too easy targets for us here at Something Awful, and we can't help but laugh at these dopey cretins. Let's examine the case against furries:

I'm sorry, but no matter how you rationalize it, people just shouldn't want to have sex with animals. Animals were not made to have sex with human beings, no matter what the obese guy with the fantasy dragon t-shirt claims. As long as there's somebody out there thoroughly detached from reality and really wanting an opportunity to hump a humanoid-shaped homosexual fox with an obscenely large penis, you can be sure that they will eventually end up as an Awful Link of the Day. If you question our motives behind this, please keep the following in mind: THEY WANT TO HAVE SEX WITH ANIMALS FOR GOD'S SAKE.

Pounced.org is a website dedicated to gathering these exciting individuals and allowing them the opportunity to meet each other so hopefully, one day in the distant future, they will be able to produce smaller exciting individuals (assuming medical science figures out a way to give two overweight homosexual men the ability to produce a baby). This exciting website even offers you the ability to search for potential mates by their interest in fucking particular species of animals:

Yes, that's correct, there's finally a website for us folks who are looking for other penguin-fucking unicorn iguanas! What a relief! For a while here I was beginning to think that us otter people were a dying breed, but now I know that I can simply go to a website and find other alligator bat people like myself! And let me tell you, these people are simply amazing, 100% Internet-dating material: 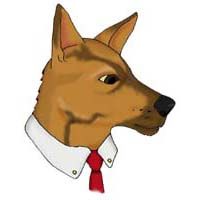 My name is RazorDog. I’m a male anthro German Shepherd. I am 5’3” and 246lbs. I am on a weight loss program (Atkins) and have lost about 50lbs so far. I am looking to get down to 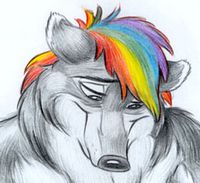 a gray wolf in NJ who loves to cuddle, scritch and nuzzle ^_^ lonely and seeking somebody hehe I have many different interests ^_^ 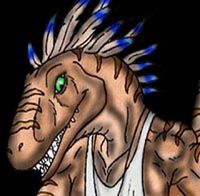 I'm a gay anthro raptor looking for a good friend and/or my soulmate.

Sweet! A gay dinosaur who wears tank tops is looking for his soulmate! Sign me up! If those didn't turn you on then you're either dead or you've been waiting for this guy, an overweight ferret named "Tweek" who is searching for the man or woman or transsexual of his dreams. Hey, let's face it; if you're into fucking animals, you really can't be all that picky.

new to this so bear wif me, im 5'7" & 224lbs. but trying to lose weight. i do work , and live in an apt. ill meet just about anyone, but dont expect me to yiff you within the 1st 5 seconds of meeting. im the kinda person that doesnt really care about appearance, and cares about others.

Oh baby, where do I sign up? I want to be the bald eagle of your dreams, hot stuff! Maybe instead of wanting to do females, males, transsexuals, and barnyard animals, you should do a few thousand situps you constipated bloat barge. Furries are the Internet's most tragic comedy; their only goal in life is to fuck a humanoid shaped anthromorphic multidicked homosexual fox, yet this dream will clearly never be achieved. It's like a play by Shakespeare only with significantly more semen.