Wednesday, May 12, 2004 by Reid "Frolixo" Paskiewicz
Know of an awful site? Send it to us and become a hero!

Sub-level 03, submitted by Sir Zork Foxfire. The only thing worse than a furry is a furry with an instrument. The band Sub-level 03 consists of two furries who play furry music by randomly pounding on their guitar and keyboard with their sticky paws. Their first LP called "Music for Dogs" was a howling success, according to "Nightfox" and his yiffy boyfriend "Skunkyanus". This music is truly atrocious, and listening to this may cause massive brain tumors and/or prompt suicide. 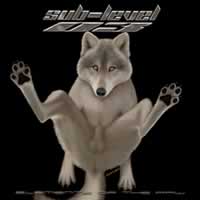 Oh this should be a good album.

Their second record is titled Elements of the Paw - Dirty "Mutt" Mix, and has a crazy electronic dance beat that all furries can get down too. It looks like these guys play a lot of conventions and are known as the "Bee Gee's" of the furry world. We can only hope that they get some feral disease and have to be put down before they keep polluting the internet with their terrible bestiality music. Make sure you check out their 2004 photo shoot. It's fucking hilarious. Also check out the guest book, and tell them what you think of their sample MP3s.