Warped Tour 2008 features a band roster that's so brutally and invasively stupid that the whole event inevitably becomes an eight-hour brain rape. Revisiting the trauma now feels like ripping open a freshly stitched gash, but Warped Tour remains at large for more than a month, and if I can save someone in Elkton, Florida or Shakopee, Minnesota from the horrors of enduring this torture marathon, well, it's worth the searing agony. 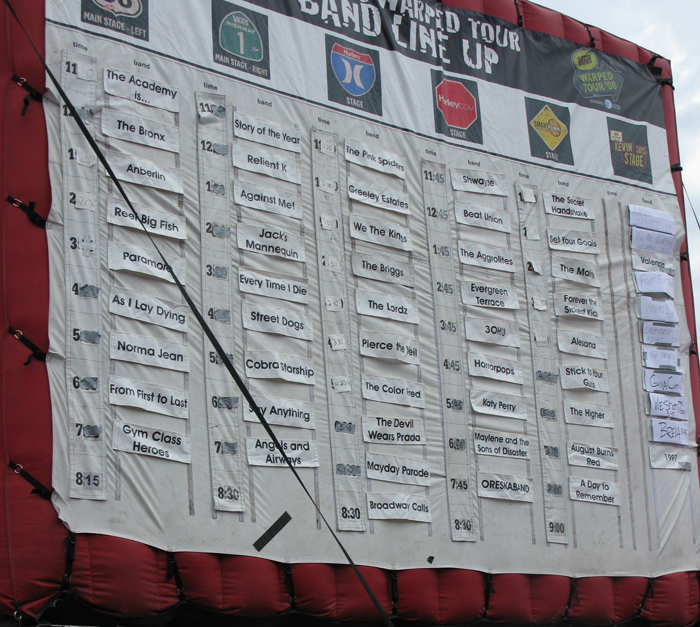 When the Warped Tour launched in 1994, nearly all the featured acts played really fast, got profanely angry about politics, and said funny shit on stage. Also, unwatched by most, "extreme athletes" performed. The heavy corporate presence, amphitheater settings and lofty concession prices bristled some Mohawks. Other than that, it wasn't the worst possible way to spend a day, if you were 14 or so. Scattered decent acts participated, and you'd leave not much dumber than you entered.

By contrast, attending Warped 2008 is like having someone attach sand to your skin with liquid cement, blowtorch that sand into a form-fitting glass shell, then forcibly shatter that encasing, driving shards into every inch of your naked flesh. 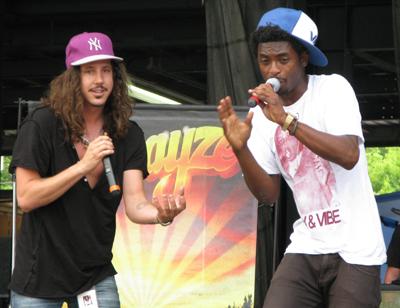 I can say without reservation that Shwayze, the first group I observed, is the worst rap act ever featured on Warped Tour, even knowing that the competition in this category consists almost entirely of white-rap nerds like MC Chris (also on the 2008 bill). Shwayze regurgitates Will Smith's subject matter (summertime, parents who just don't understand), without any semblance of the erstwhile Fresh Prince's wordsmithing skills. Also, instead of rolling with Jazzy Jeff, Shwayze consorts with some crooning stoner hype man who looks like a Beastie Boy in a video-stunt wig. These budding reality-show exhibitionists rap and sing lethargically about leisure topics, achieving a level of exertion similar to that exhibited in comatose sloths. 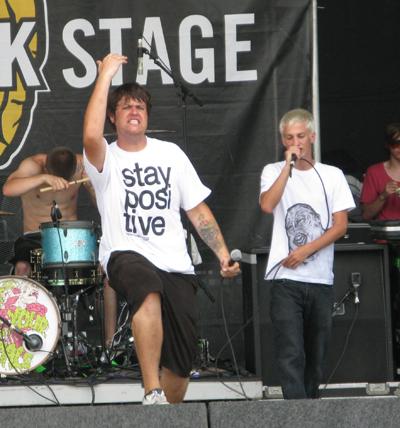 The next group, Set Your Goals, did little to assuage my sudden desire to die, despite the fact that they were all about espousing positivity. These sissified hardcore drips attempt to inspire with rallying cries such as "Don't say 'I quit'" and "I value you more than you will ever know." If I'm going to have to sit through self-help aphorisms, I'd rather grit my teeth through a witless parody such as Stuart Saves His Family than watch some cheeseballs who actually believe their music-as-savior hype. "We love these songs with all our hearts, we know you do, too," one of their twerpy vocalists announced. Then the crowd started a circle pit, which was like the running of the bulls, with the stampeding oxen replaced by Hot Topic shoppers of roughly bovine weight and brain power. Set Your Goals takes its name from an album by posi-core progenitors CIV, who played Warped in 1995, 1996 and 1998, proving that while the tour has always been a haven for Pollyana punk, it was never a musical utopia. 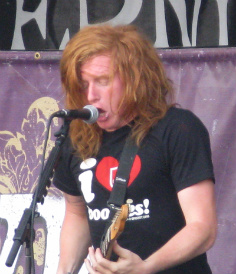 Carrot Top hearts boobies, props.While en route to Against Me!, the next recognizable offender, I noticed a mass gathering around unknown clown tent We The Kings. I stopped for a brief yet nearly lethal sample before fleeing, with parking-lot gravel carving blood rivulets in my knees as I crawled away in a weakened state. Billboard describes We The Kings as "MySpace heroes," a phrase that is quickly becoming synonymous with "mysteriously popular lame-ass band that no one normal has heard of."