Gigadth is only one page, but that single page is more bountiful, mysterious, and interesting than 6 seasons of LOST, and takes significantly less time to get through. Here's the deal - Gigadth is a band. They're a band led by a guy who loves Megadeth so much he wanted to form a band that sounds like Megadeth only even more badass. But he can explain all that to you, and he will, in one paragraph, and then he will offer up three of his songs, along with three different links that all go to the same place.

A while ago, I wrote a column called Dadrock Heck, which was just a dumb little play on the Metal Hell title that I liked. What is so fucking awesome about Gigadth is that they bridge both of those ideas and create DADMETAL, which I always thought might be impossible, because I was pretty sure dudes who love metal don't have kids. And maybe these guys don't have kids, given their plans to tour North America, but goddammit they sure as shit rock like dads.

Every single thing about this band is just insane. These guys are constantly trying to UP THE ANTE in the absolute weirdest ways, from dropping the E and the A from death just to one up Dave Mustaine to making their fourth album first as a nod to Star Wars (and Coheed and Cambria, who I'm guessing they don't know. Though if they did, I can guarantee they'd say those guys are pussies, and they'd be 100% correct) to just fucking putting skulls wherever. Skulls as links to songs, skulls as part of the background, one skull fused to another skull, whatever!

Looking at the "Click your interest" section yields some interesting results, too. I mean, every single one of them does the same thing and opens up a blank e-mail to this guy, but there are definitely some cool options. You could get updates, which is actually pretty boring unless the dude starts touring. You could also become a CASUALITY, which could either be casualty, which is probably is, or causality, which might involve time travel. Personally, I think a GIGADTH shirt would probably be pretty kickass, so that's the one I'm clicking. I mean, again, I could click any of them, but that one specifically is my interest, so that's where I'm clicking. I encourage you to also choose an interest, and then click that interest, and then enjoy having clicked it. I hope to see you all guys at the GIGADTH show when they end up touring. Look for me, I'll be the coolest guy in the room - the guy in the GIGADTH shirt. 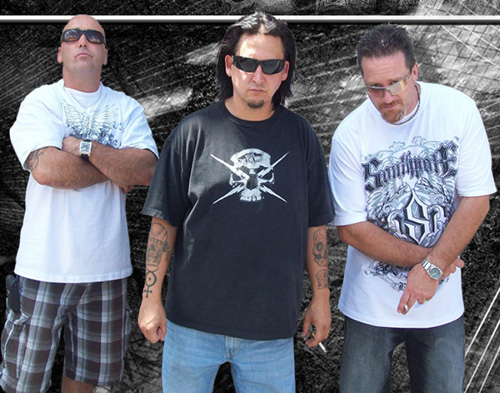