When Christian evangelism gets mixed with modern forms of communication, a nice little kind of magic happens. Such is the case with Jeremiah Films, a remarkably prolific film company that pretty much only likes talking about God and how people are ignoring God.

Unfortunately, the Web site doesn't have any previews or anything of the sort with any of the videos, just brief summaries. Even more unfortunately, the one that I really want to see, "Preview of the Antichrist," doesn't seem to be on YouTube. But there's still a lot to discuss here, because it looks like just about everything in the fucking world worries these people. The obvious things are there - paganism, Freemasonry, Muslims - but everyone assumes that a Christian film company is going to rant about how scary those things are. You've got to dig a little bit deeper to get to the real edge of the craziness in here.

The Pagan Invasion series is a really good place to start, mixing just the right portions of paranoia and hate to create a wonderful frothing stew of "what the fuck is wrong with these people." There's a great collection of titles here - "Invasion of the Godmen," "Joseph Smith's Temple of Doom," "Doorway to Satan" -- the list goes on. Perhaps the most promising title is "Secrets of Mind Control"; I'm pretty sure that one is roughly half paranoid conspiracy theories and half how-to for mega-church preachers. 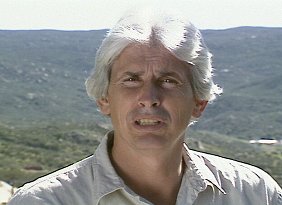 There are a ton of other things that terrify these guys: Halloween, Christmas, the terrifying prospect that we're all "being entertained to death by multi-billion dollar media conglomerates." Each of these documentaries is probably pretty awesomely researched (not meaning that it was done well, just that they surely came up with some really balls-to-the-wall insane "evidence"). Some of the testimonials are pretty fantastic, too, not for what they say but for the bullshit ways they try to imagine credentials, like the one on the Freemasonry DVD:

"I'm excited about this film; it cuts to the core of the problems of Freemasonry". -Ed Decker, Research, Author

Do you see what they did there? They just said "research." Not what he's researching, or even if he actually does it. It's just a nice little noun they put before "author" to add some esteem.

The whole site's kind of like that, isn't it? A bunch of mediocre research, accusations, and half-truths dolled up in a nice DVD case to make it look legit. Normally, people would just put this shit on YouTube for free, and other people would dismiss it as lunacy. Instead, Jeremiah Films throws a price sticker on it, and people assume this shit is actually worth something. I think that rules. Which is why I'm pleased to announce Awful Link of the Day will now also be a page-a-day desk calendar. Of course, there won't be any links to click on, but the write-ups will still be there, and the $49.99 price tag will definitely lend some credibility to my daily blatherings. Coming soon to the Awful Store!