Wednesday, Dec 09, 2009 by Andrew "Garbage Day" Miller
Know of an awful site? Send it to us and become a hero!

Let's say you boast any uncanny resemblance to a celebrity. You could embark on a lucrative career as an impersonator, or perhaps you'd rather assume that person's identity to procure goods and services from duped salespeople and starfuckers. Or you could post your picture on the social networking site Peoplesayilooklike.com, where you could bond with literally dozens of "famous faces," many of whom claim a likeness to "me" or "untitled"!

Of the members who actually think they look like somebody, most aim for High School Musical and Twilight characters, except this Adrien Brody guy, who might be right about the resemblance (a bit of Ray Romano, too) but is way wrong for this site's tween demographic. The "networking" consists entirely of commenters telling someone who looks like Vanessa Hudgens that she, in fact, does like Vanessa Hudgens. The only other aspect of the site that reveals any user interaction is this poll, which makes a case for the viability of spendyourholidayswiththedead.com. 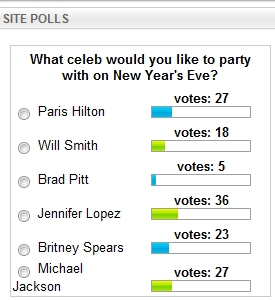 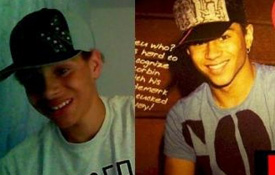 One or less of these guys is famous.