Sociolotron (thanks Crudly) - The world has been praying for a beta-equivalent version of Ultima Online that uses Poser models and lets people have sex. Great news, world! 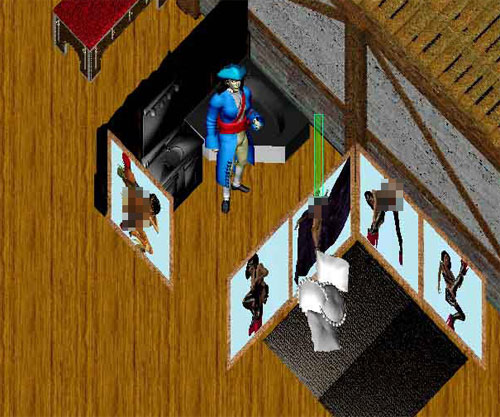 This game contains sex, politically incorrect behavior, blasphemy, and lots of other things which are not acceptable to many people. This game allows you to bring out your darker side, but it also allows the same for other players!

In other words, it's Second Life if Second Life came pre-loaded with giant dicks and brothels. I'll be signing up immediately!