So, listen - everyone knows vampires aren't real. Sure, the Twilights and the True Bloods of the world have caused a spike in the popularity of blood-sucking motherfuckers, but it's all fantasy. Still, some people refuse to face the hard reality that spending eternity as some sort of tragic Victorian man-about-town isn't really a very good life plan, and instead they retreat into a weird shell where they get all the joy of being looked at funny without any of the "seductive curse" stuff. Those people buy VampireWear and join the Vampire Tribe. (Not to be confused with the Fang Club.) 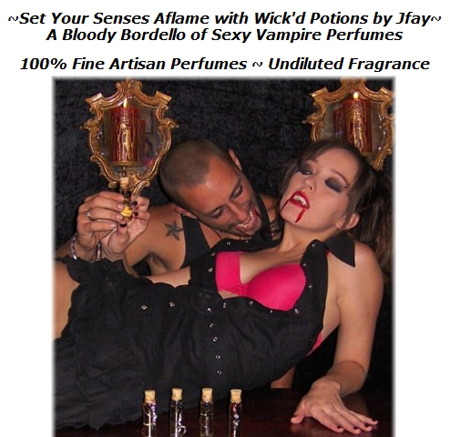 Now, again, vampires aren't real. I'm not sure if these people understand that or not, but I get the feeling if you asked them they'd say vampires ARE real and that they are one, and then they'd go off on some tangent about how it's not really about sucking blood because it's actually a lifestyle, and by the time Gary (and I bet it'd be Gary giving this speech) finished, you'd regret ever mistaking him for Les Claypool and asking him if he wants to jam sometime. You'd be barking up the wrong tree, anyway - it's Fang who plays a mean bass guitar.

I'm sure a lot of people look at this page and immediately think "daddy issues." I disagree. I think the problem with people who make obvious cries for attention like this is that they pretty much have no issues at all. Their lives were boring and suburban, and when they went out in the world, they met all these people who had confronted their demons. Meanwhile, "Wick'd Amy" is sitting there realizing the time she made out with a guy in the back of his pickup in the woods isn't really all that character-forming. So, fuck it become a vampire. Why not? Couldn't hurt. And Troy seems like a cool guy anyway. 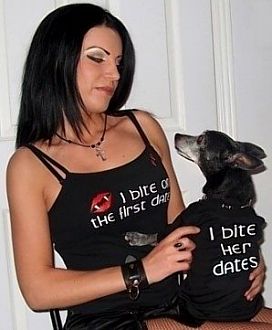