You're wearing a DOG COSTUME!

Respected Comrade Kim Jong-un, heir to revolutionary Juche idea and earnest defender of the worker's struggle, looked out from his own, personal balcony in Pyongyang; a smile momentarily crossed his lips as his thoughts drifted to the ardent revolutionary spirit of Korean people. Overhead, 10,000 doves soar across skyline, as if to sing praises of Respected Comrade for his astute guidance of the revolution. North Korean people have all necessity (sic) of life, and have struggled in harmonious rapture to advance Juche idea of Eternal President Kim Il-sung for many year (sic). Respected Comrade has personally gone over agriculture reports and notes surplus in all sectors. He also wisely notes that this is first crop in 20 year (sic) that is not solely consist of mud and rock. 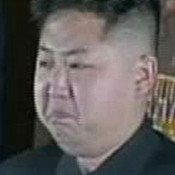 Respected Comrade is move to tear(s) by People's resolve to "work [that] body".Solemnly, benevolently, he calls his own, personal assistant to discuss bold new Juche idea. Respected Comrade knows that to proud Korean people, even agricultural surplus is bringing nothing but shame as every Korean wishes to doing (sic) nothing but [their] best for worker's paradise of Glorious Democratic People's Republic.

"Platform call(ed) FuckRider. People can now apply Juche spirit to weights (sic) loss and also make practice for producing baby (sic) for Glorious Democratic Republic to oppose evil American Imperialism [with]. Primary component are bicycle seat from unused bikes (Respected Comrade knows that Korean people own 6.5 bike per capita but are too much love (sic) their homeland to ever remove both feet from soil) and scrap from rotting infrastructure. To use, simply sitting (sic) on FuckRider and make Fuck Motion until weight loss is achieve (sic)". 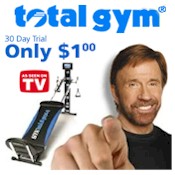 Respected Comrade makes it known to his assistant that his own, personal wish is for every Korean to have 3.7 FuckRider per capita in one week(s) time. Sagely, secretly, he knows that it only will only take 4 day(s) to fill quota but will let Korean people think they have surpassed [allotted] time to bolster their spirits after great shame agricultural surplus has brought to them. The smile returns to his own, personal lips.

See you jerks next time!