Stop Calling Me a Homo! 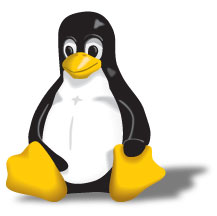 I will personally cast my first born into the fiery pits of hell before I install this.Everyone knows Microsoft is a truly visionary company that makes excellent products. Their Windows Vista 64-bit operating system is not only a wonderful, stable, fully-functional OS with features both the home user and power user can appreciate, but it also teaches it's users valuable life lessons; lessons like "you can't have your cake and eat it, too".

You see, recently, I bought a new laptop that came installed with the wonderful and useful Vista 64 OS. My "real job" entails using various programs, including audio production software. Naturally, Vista won't run any of them for shit. So, I install Windows XP only to find that there are no drivers for my wireless card available for XP and also I can't use the full 4 gigs of RAM I had anymore. Huzzah! I can either have a wireless laptop that can't run anything I need to be a functional member of society or a sad, crippled, desktop-lite that is tethered to an ethernet cable like it's some kind of sick cat attached to a fucking umbilical cord. Or I could dual-boot Vista and XP but even I am not quite that sad a husk of a human being yet.

In retaliation, here are a bunch of videos of Microsoft's new Awesome Software Product 2k9 entitled "Songsmith". The idea being, you sing into your computer and Songsmith generates a song based on how you sing, which begs the question "I wonder what Songsmith would do if given the vocals to real songs". Let's find out!!!

This video is apparently from some alternate reality where Oasis finally updated their sound from "early 90's britrock" to "late 90's eurobeat club trash".

Fact: it is literally impossible to write music to lyrics written between the years 1970-1979 without it sounding like watered down, white boy pseudo-funk. Even the vast and timeless power of Microsoft Songsmith is no match for the likes of The Doobie Brothers.

I can only assume this is from the Songsmith James Taylor expansion pack.

Congratulations, Songsmith! You have created a song that is virtually indistinguishable from the dreck that Weezer actually puts out in real life! Let us all now pause and reflect on how sad it is that a piece of software can write songs that are basically on par with Weezer's post-Pinkerton output.

I will never ever stop laughing at this as long as I live.

Remember what I said about the Weezer song? Welp, pretty much the same thing going on here.

I don't know about you, but when I think of calypso, I immediately think of The Go-Go's.

...much like when I think of "minimalist dream pop", I think Billy Joel...

HA HA HA! Take THAT Microsoft! You just got owned on an internet article that like 10 people read. You have made a powerful enemy and may God have mercy upon your cold, desolate corporate soul.