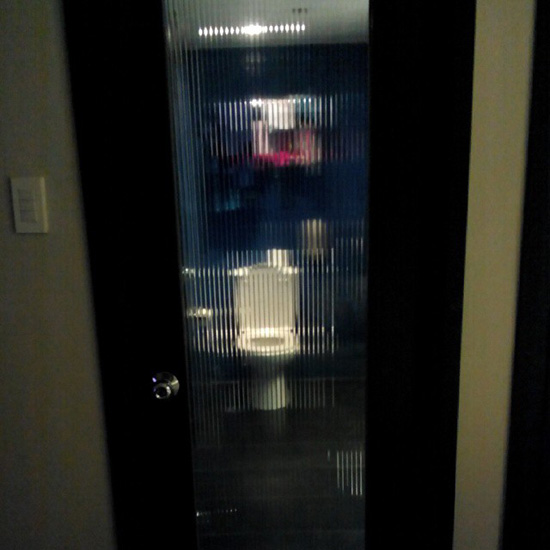 I'm not sure what the thought process here was. They were obviously looking to keep privacy in mind by obfuscating the view. But they wanted to keep some sort of fancy aesthetic too? But in the end they really got neither?

hey can u pass me some tp 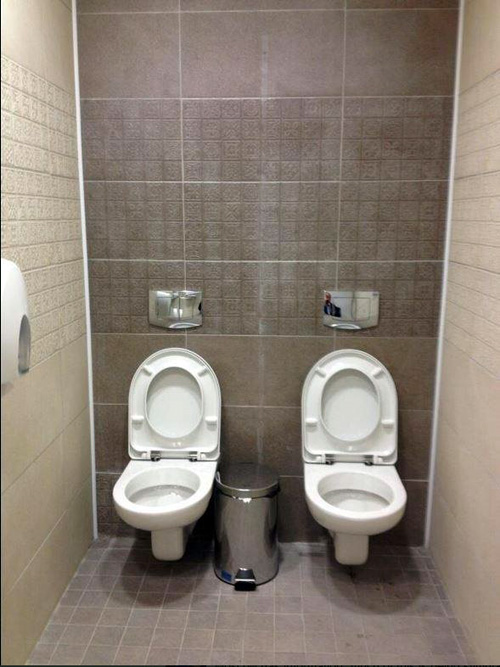 I remember a urinal trough at a grain elevator that was round and doubled as a hand washing station. There was a foot pedal for water and soap above. It's basically pissing in a sink where everyone can see each other's dicks. 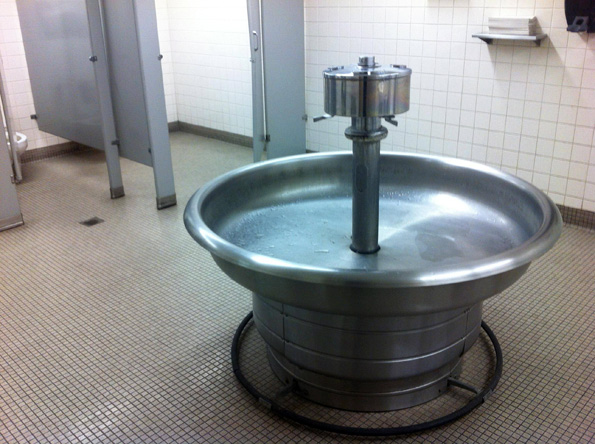 thats just a sink you idiot

Lol at the goon pissing in the hand-washing basin

I can understand the confusion; sometimes we pee in weird things. The closer you get to South Texas, for example, the more likely restrooms are to have a pretty mosaic wall to piss on. There won't even be a trough, just a mosaic wall with water running over it drained via inset basin.

I am really fucking glad I learned that was a sink now rather than by accident.

I have never peed on a mosaic wall. I have yet to live. 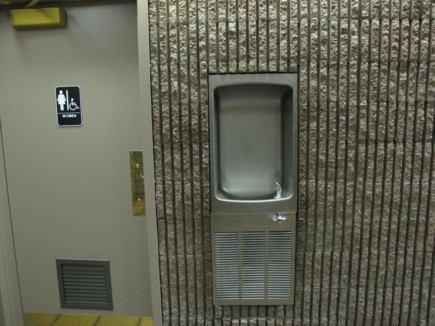 This fucking urinal. It's like, hello, maybe try putting it in the actual privacy of a restroom next time. Also good luck with the upward pee arc unless you happen to be 7 feet tall.

Isn't that a handwash? And that's why it isn't private? Have you been pissing in the washbasin that other people wash their hands in?

pretty sure it's a urinal for basketball players. that's a locker room, probably

Thanks to therattle for the thread, which remains active. If you'd like to point out a maddening product design you haven't seen mentioned, or even if you'd like to throw another comment about bathrooms, roundabouts or operating systems onto the pile, just make a post on the SA Forums!