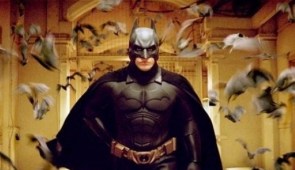 The current iteration of Batman comes to an end in this summer's Dark Knight Rises. Since Christopher Nolan's films have made such a large impact with their unique style, it would make sense for there to be a bit of a cooling off period before the franchise went through yet another reboot.

There is, however, too much money to be made. Ideas for the new Batman are already being pitched, new directors are being sought out, and new actors are being cast.

As always, I humbly offer my services as a writer to the internet at large, as I don't know how to contact the appropriate people or retain an agent. These are my best ideas for the next Batman film.

or Face 2 Face: Rad Race With A Bad Face

or Two-Face Vs. Scarecrow: Face Your Fears 4 Fast Face Tears

or Face Face (it means Two-Face, think about it)

The idea is simple. Combine the Batman characters we all know and love with the classic madcap hilarity of an identity-switching movie, then put everyone in a high octane high stakes cross country race. 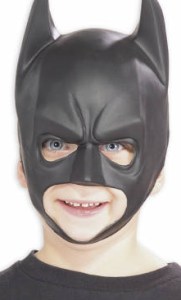 First, the tagline: Every hero has a beginning. Every bat has his day.

Bruce Wayne is a freshman in high school. Still coping with his parents' deaths, he has a difficult time fitting in, what with all the well established cliques. Although he has the support of his butler Alfred (always standing at attention just behind and to the side of Bruce's desk and in the hallway) the young man feels an emptiness in his life.

When a series of mysterious locker break-ins occur during the run-up to the student body election, Bruce decides to take action. He adopts the bat as his symbol and prowls the shadowy corridors of the high school at night in search of justice.

No crime will go unpunished. No innocent will be victimized. No running in the hallways.

Batman And Catwoman: Will They Or Won't They?

Catwoman is attractive and seductive, but Batman is stoic. She's a criminal with occasional moments of heroism, he's uncompromising and distrustful.

Directed by Steven Soderbergh and starring Ryan Gosling as Batman, with Emma Stone as Catwoman.

A hunter (who happens to own a pollution-spewing conglomerate that's destroying the environment) shot and killed Bruce the bat's parents. Though he's sad, the plucky little bat is determined to put on the musical of the century and bring down the evil company - all in one night!

Directed by Simon Wells (Mars Needs Moms) and starring George Lopez as Bruce, will.i.am as Ears, and John Goodman as The Hunter.

or Space To Face: Two-Face Trading Faces In Space

or In Space, No One Can Hear Your Face