Trying to get the hood open. The guy without the jacket on was the one in charge. 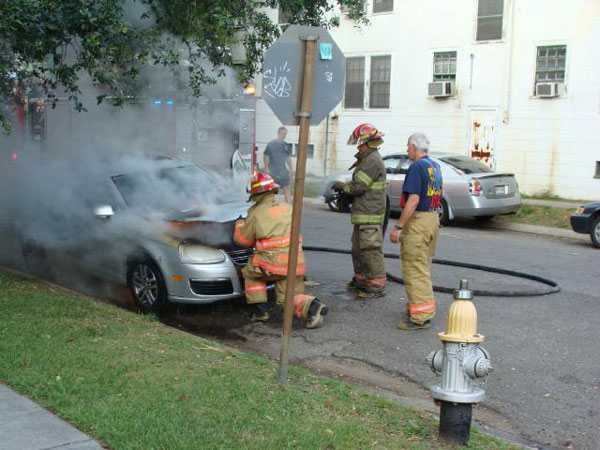 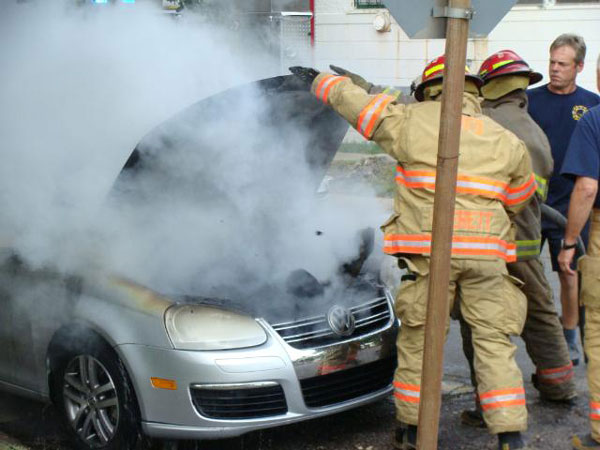 Success! They doused the engine for a few minutes, making our entire neighborhood smell like burnt metal and rubber. 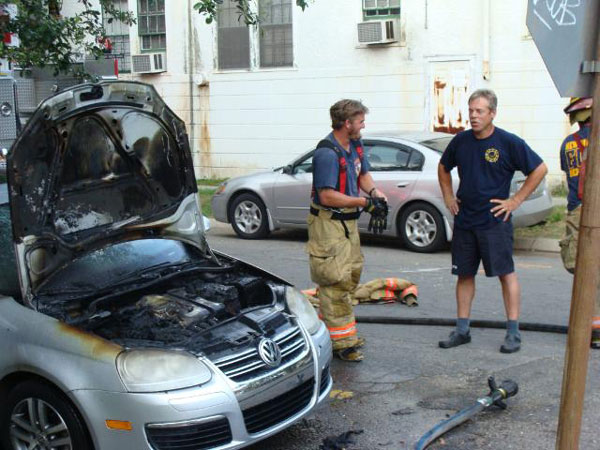 Fire completely out. The firefighters thought the situation was hilarious. 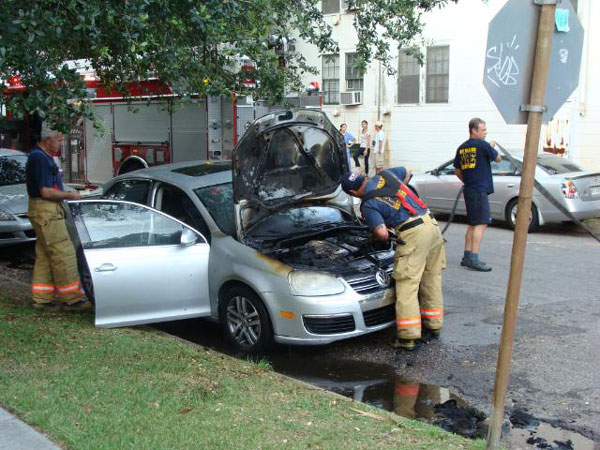 After they were sure the engine was out, the man in charge started inspecting the interior of the car and filling out paperwork while one of the firefighters used a pair of bolt cutters to disconnect the battery. The head guy asked my girlfriend a few questions, then told us that since it was the dealership's car she basically just had to call them to tell them it happened, it would be up to them to follow up with everything. 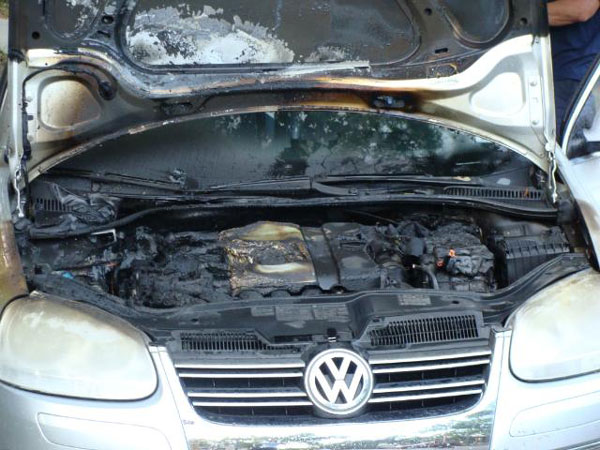 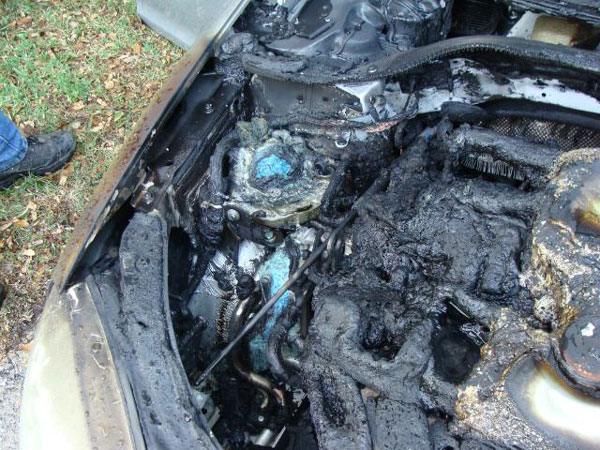 This seems to be where the fire started, on the passenger side. 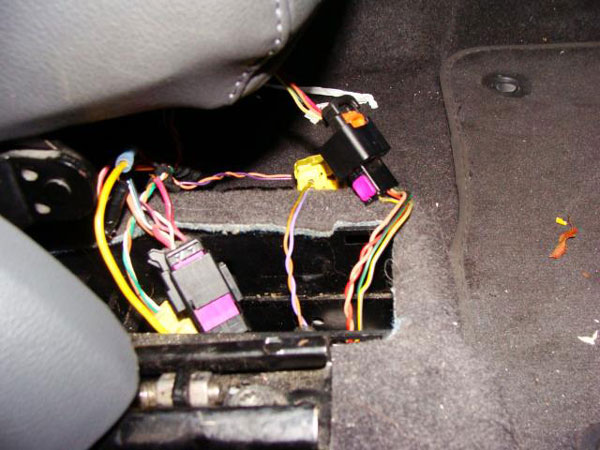 Some wire splicing that was done underneath the passenger seat not far from where the fire started. One of the passers-by watching everything happen suggested that someone had wired something incorrectly, causing a short.

And now, the best part: The reason she needed the loaner car was because they found a leak in the gas tank of her car, and they thought it posed a fire hazard.

She drove the car from the dealership back to our place (maybe a 20 minute drive), parked it, walked inside, and when she walked back out the car was already on fire, so it happened at some point during the 5 minutes when she was inside with me and the engine was off. We don't know how exactly it started, the short thing seems plausible but is just a theory.

I've got more pics, but unfortunately I only got the one that shows actual flaming car. Has this happened to anyone else?

Yeah happened to a friend of mine's stepdad. We were going to see 13th warrior in theaters (obviously this was like 10 years ago) and we were on the freeway when the car started smoking. Stepdad pulls over and tells the son to pop the hood and see what's wrong. As my friend started to pull the hood open, a tongue of flame shot out, and he screamed, "FIRE!"

We all bailed out of the car. A police car passing by pulled over and called the fire department. The car COMPLETELY burned up, I mean it was literally a huge fireball on the side of the freeway. The only thing that survived the fire was a metal box of weighted darts the stepdad had under the driver's seat.

Before that, I never really realized how flammable a car is. I mean, from the outside it looks like its mostly metal but there are enough plastic/fabric materials (along with the gas in the gas tank) to make a pretty good sized bonfire.

Car fires can be spectacular events. Cool photos. All in a days work for a firefighter, i suppose.

My brother was working on his car in my drive-way, when it caught fire after he started it back up. For Christmas i requested my family give me a few fire extinguishers for my home, so i had one on every level. He ran in the house yelling for one, and on the way out screamed "How do i work this thing?"

He had it figured out by the time he was back at his car. The entire engine bay and half the fender was burning. The wiring harness had melted and caused the car to try and start itself, thus throwing more fuel on the fire. Thankfully he managed to get the entire blaze out. I also have wonderfully alert neighbors, and the Fire department was there not but 5 minutes later.

I read this as "my girlfriend's CAT spontaneously combusted."

this is much less disturbing.