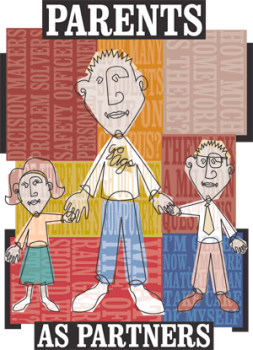 I use to go to catholic school, and in religion class one day, someone mentioned that Jesus' foreskin was for sale on ebay. I had no idea what foreskin was, so I went home and looked for it on ebay.

My dad came in and asked "What are you up to?" and I replied "Searching for Jesus' foreskin on ebay." He stared at me for a second and walked away, then came back and said "Do you know what foreskin is?" And he explained it to me.

My mother told me not so sleep with any virgins. Encouraging me to "recycle", she said.

When I was 9 I asked my dad why he was laughing so hard at that scene in Austin Powers 2, when there was a silhouette and all the guards looked in horror when a gerbil was presumably being pulled out Austin's ass. My dad promptly told me "Son, homosexuals like having gerbils put into their assholes".

This had me red in the face, but I would have recovered. My dad stepped in.

"Yeah, and you're pretty damn noisy sometimes, knock it off."

I turn even redder

"Do you have a girlfriend at school or anything?"

The Swede injects "A boyfriend, perhaps? High school is confusing"

His wife says, "If you're gay, that's okay. Nobody cares."

We continue talking about my sex life, or the lack of it, for dinner.

My mother told me, and showed me, that my father is subscribed to a gay dating website. My father always told me that if I ever turned out to be gay, he'd break my neck. I'm not gay, but it looks like he is.

I'm set to go stay with him soon.