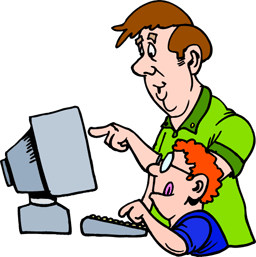 When I was taking care of my dad in the nursing home, I had to clean his nuts and wipe his ass. He told me "Son, do you ever think you would see the day that you had to take care of your dad and play with his balls?"

One of my close family friends (college age) is living with the guy I lost my virginity to. We dropped him off from their airport once and my mother says to my dad:

"So, would you like to go say hi to the man who took your daughter's virginity?"

My mother shat herself big time right in front of me. The details are vague as I reckon I was about 7 or so, so I'm not sure why exactly she didn't just go to the fucking toilet, I think it was because I was holding it up. But she was sitting on the edge of the bath and she just suddenly exploded nasty shit all over the place. My father banished me from the room and presumably helped her clean up. Yuck.

When I was like 15 my family and I watched Hollow Man. I don't know what came over me. But during the scene when the guy starts going invisible on the lab table and you see his dick muscles, I enthusiastically said, "Mine's bigger!".

My dad used to walk about the house without pants. Or underpants. He'd just wander around the house with his dick in full sight, occasionally saying "QUIT LOOKIN' AT MAH COCK YA FREAKS". Several times while he was doing this, my mother would turn to me and say "You're much bigger than your father, y'know." She was lying, I might add.

When I was 19 I jokingly reached for one of my dads Bud Lites and my mom said something to the effect of "Oh, you wouldn't like it". Without thinking I replied with "Yeah, that stuff [Bud Lite] tastes awful." Whoops.

My mother's the queen of awkward moments/comments, though. She and my dad were hippies for most of their adult lives. We even lived on a commune for about a year when I was a kid. As such, my mom had an extreme case of TMI. Here are some of her more painful one-liners:

"Your uncle has the biggest penis I've ever seen!"

"Your dad and I had sex while you were staying with Grandma."

"I bought your grandmother a bong for Christmas a few years ago."

"You can't wear underwear to bed because you need to let your vagina air out."

"One time when you were a little kid, your father came down for breakfast naked and you pointed to his cock and screamed. He started wearing pajamas after that. Thanks for destroying my sex life."

Oh, and she taught me about sex by giving me a fully illustrated book and forcing me to read it in front of her.

Oh oh, and she always tells the story about how when I was a little kid, I would go outside and sing and poop. ALWAYS. To EVERYONE. To people she JUST MET AT THE GROCERY STORE.

Oh oh oh, and she and my uncle compiled a video consisting of all the times I was ever naked as a young child. WHY THE FUCK WAS MY UNCLE INVOLVED?