The Flaskfucker And The Fruit Hat 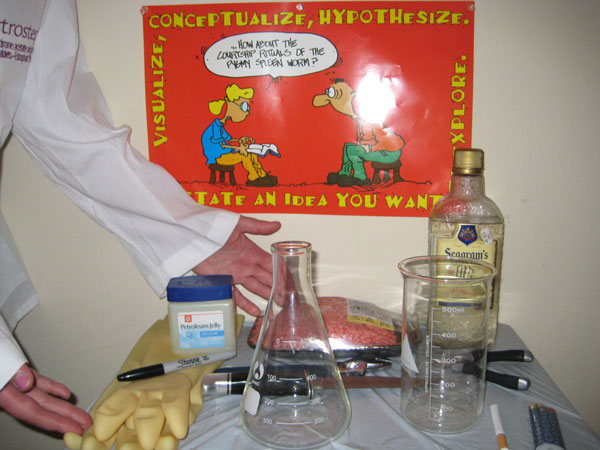 Several problems arose in the experiment during the testing of intercourse with the unaided 500ml Erlenmeyer Flask. In anticipation of the experiment, while watching Ms. Kay set up the flask for carnal knowledge, our test subject was already erect upon his attempt to insert his penis into the Flask's hole.

After a minute of moving his penis around inside the flask without any evidence of further erection, the test subject withdrew and the data was recorded. 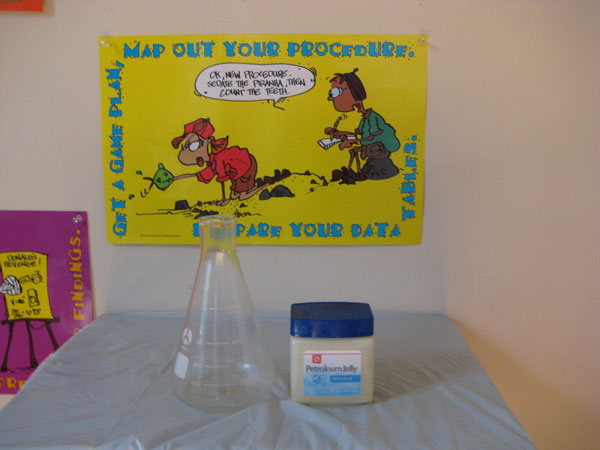 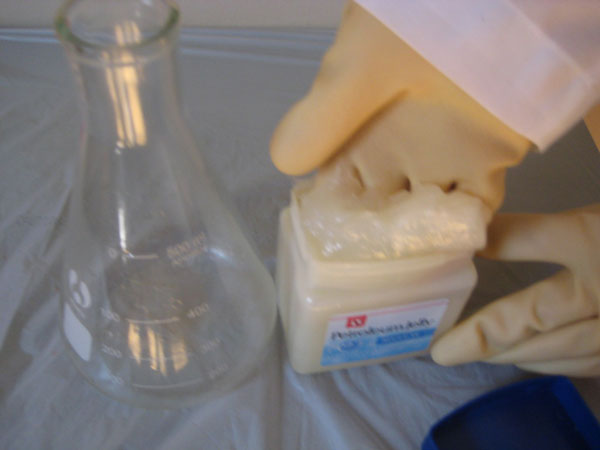 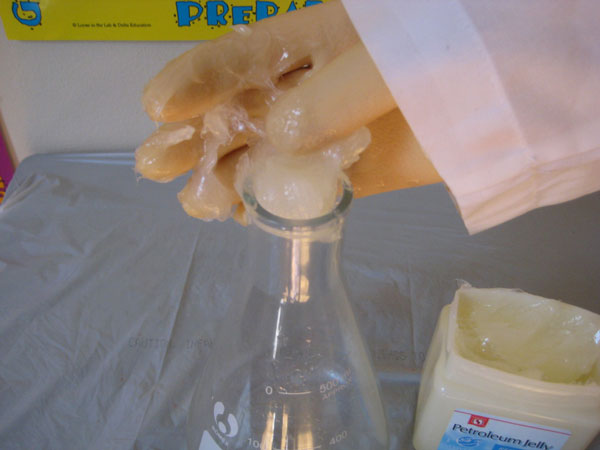 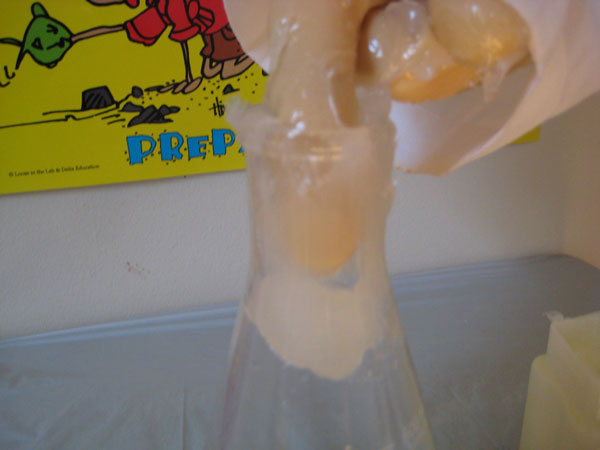 Due to previous successes with Petroleum Jelly in other experiments, Ms. Kay suggested that the test subject approach the Flask fully erect again. The test subject complied and with Ms. Kay's support we found that his penis would penetrate the 500ml Erlenmeyer Flask to a depth of approximately 6 to 8cm. After one minute of more enthusiastic intercourse, the test subject withdrew and the data was recorded.

NOTE Due to the apparent success of the lubrication, the test subject's penis was coated with petroleum jelly before insertion into the 500ml Erlenmeyer Flask for every test group following this, with the exception of the raw hamburger, which has its own lubricating properties (fat).

The experimenters had noted that in the Homo Sapiens community there are various groups that seem to draw sexual pleasure from cute, big eyed animals. The test subject attempted his love making while stimulated by a Furry Stuffed Animal. 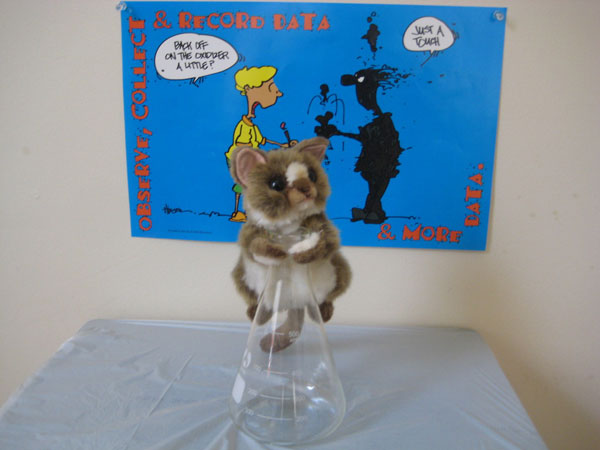 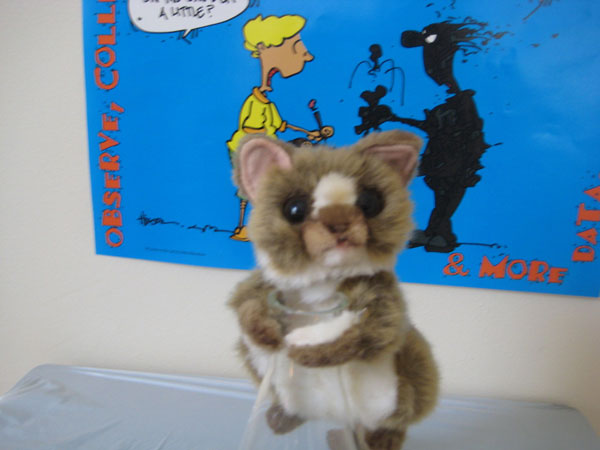 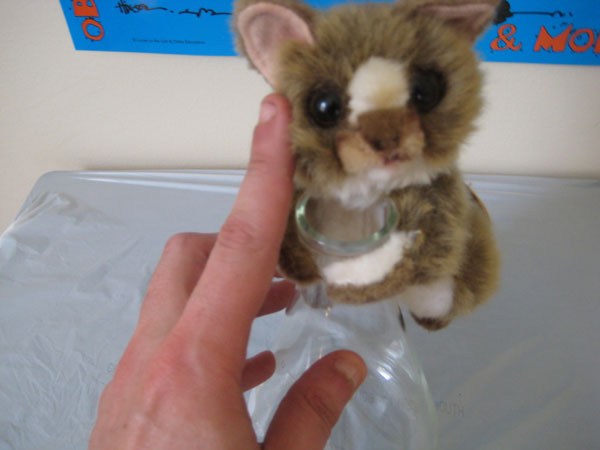