Help me get to work, Part 1

Sunday, Apr 23, 2006 by Tekky "Jumpman16" Andrew-Jaja
Have you ever wondered what it would be like to have your body taken over by aliens? Irrational, bellicose aliens bent on taking control of Planet Earth by any means necessary?!! If not, then my word do Forums Goon Oplem and the rest of the forums have an adventure for you! 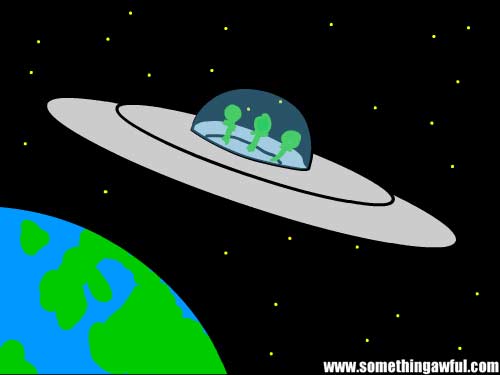 We are the Xxathaxians, a mighty race of beings who have conquered half of the Milky Way Galaxy. We lay waste to pathetic alien civilizations in a matter of hours with our superior military technology! We are advanced beyond any being, sentient or not, that we have ever encountered! We are power-hungry and relentlessly driven to acquire natural resources to fuel our conquest. Now we turn our sights on this pristine, water-filled planet known as "Earth". We send a scouting team on an reconaissance mission to the surface. However, we soon run into a problem. 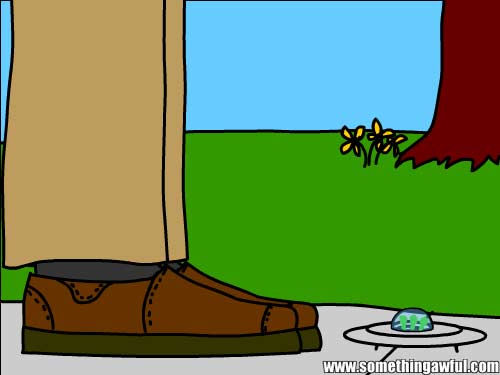 These beings are massive! These pink, oily things known as "humans" are much, much larger than any life form that we have ever encountered! A full -scale invasion would be suicide, since it appears that these beings would have no trouble swatting us out of the sky with only their arms! So we retreat, and plan for several months. Until we come up with a plan... 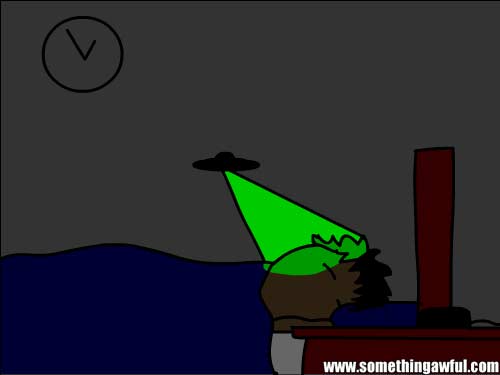 While this human is sleeping, we sent in a covert operations unit to implant the sentience of one of our own beings into the brain of the human. By doing this, we are able to control this human's bodily functions, from his motor skills to his ability to communicate. Hopefully, we can use him as a vessel into a high-security "Internet" terminal, where we can upload a deadly computer virus onto the "Internet". Once unleashed, this virus will destroy the "Internet", sending the human civilization into complete chaos! We can only hope that our transplanted alien sentience, that we have dubbed "Scout", is able to operate the human correctly. He may need some guidance. 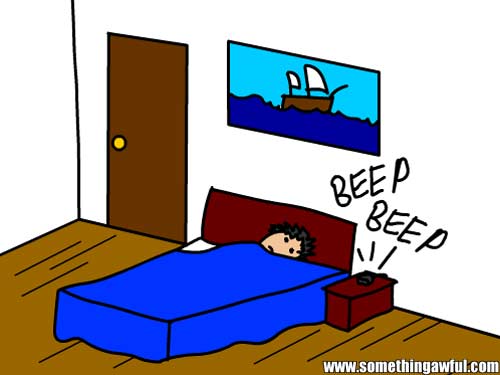 Scout to base. I've established visual contact. I hear an obnoxious beeping noise. What do I do?

With a tasty condiment sauce and light seasoning. 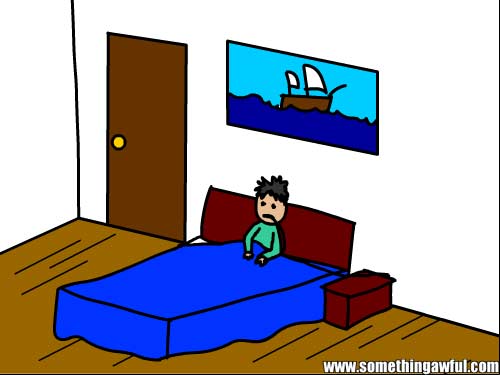