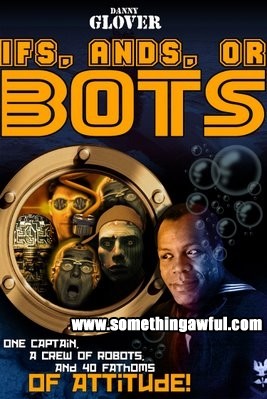 Captain Brown is a seasoned Navy man fed up with his excuse-making submarine crew, but he's about to learn he better be careful what he wishes for! When the brass issues him a team of back-talkin', bad attitude A.I. crewmen, Brown may just wind up under pressure or over board! Danny Glover in... Ifs, Ands, or Bots!

When chart-topping rapper G-Town (Mike Epps) falls into a coma after a freak spinnerz malfunction, his southern belle lawyer, Dixie Thompson (Dolly Parton) is left in charge of all his assets-- including his street-talking pet parrot, Crackaz (voiced by Snoop Dogg)! Can Dixie juggle the hassles of managing a multi-millionaire's hip hop empire, or will Crackaz' sassy antics send her into a coma of her own?

Cliff Burrell (Ben Stiller) has everything a New York lawyer could want: a loft straight out of Pottery Barn and suits straight out of GQ...until he meets divorced mother and camping magazine editor Claire Thompson (Lisa Kudrow). But to win her, he's got to win the affection of her three children, and a week-long camping trip is the perfect way to show he's made of more than just Armani. But will natural disasters, painful pranks--and a squirrel who puts the crazy in nuts--send him hiking back to the concrete jungle? Find out what it takes to keep from Going Nuts! 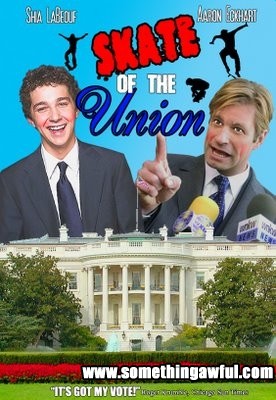 When the hip, newly-elected 19 Year-old President Rip Daxter (Shia LaBeouf) proposes his legislation to invert the world famous Capitol building dome to become the ultimate half-pipe, the decision was almost unanimously in favor! After only a month in office, Daxter's skateboarding antics had won over the hearts of the adoring public. But there's just one man standing in his way, the evil Senator Ragnar (Aaron Eckhart)! Hold on to your helmet, this prez is about to turn it upside-down this President's day in Skate of the Union! In this world - skateboarding's not a crime... it's the LAW!