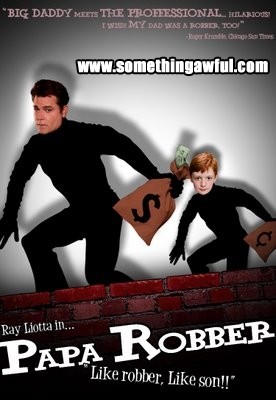 One rainy night, Franco, an ambitious burglar (Ray Liotta), gains custody of the mysteriously orphaned Tommy. However, along with his newfound responsibility of fatherhood comes the blessing of having a little tyke that can get in all those hard to reach places... Which is just perfect for the ultimate heist that Franco has been planning. Watch as adoptive father and son tag team it on the crime of the century in...Papa Robber!

Emelio Estevez goes ringside in this crazy adventure about an everyday metropolitan artist, who finds himself in the unique position of having to fill in for his identical brother. Except there's one little twist - his bro is heavyweight! Get ready for The Brotherly Gloves - coming this fall!

For Boy Scout Troop #13, the idea of weekend caving expedition seemed like the adventure of a lifetime. As they emerge from the cave, however, they discover a world devastated by nuclear war, and realize that for them, the adventure has just begun. After the death of their Scout Leader, the five remaining boys, led by Danny (Rider Strong, Boys Meets World) and Steven (Micheal Fishman, Roseanne), must use every survival skill they've ever learned to endure a nightmare journey across a hellish landscape. The motto "Always be prepared" will be put to the test, because how could they ever be prepared to survive in a world of chemical storms, flesh eating mutants, and the loss of everything they once knew? 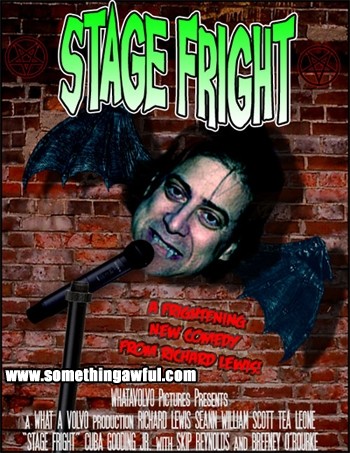 Struggling LA stand-up comedian Damien Black (Richard Lewis) was losing, lonely, and down on his luck... until all of a sudden, he gets bitten by a vampire bat one night after a gig, he wakes up the next morning to find his world turned upside-down... LITERALLY! With a new-found thirst for blood, Black seeks out the nightlife in a whole new way - diving head-first into the monster comedy subculture of LA's sewer system! He's an instant hit with the ghouls and ghosts! This underground lifestyle eventually leaves Black homesick with no hope of returning. Soon the opportunity of a lifetime arrives as he puts together an all-star team of monster comedians to help him take back the stage upstairs! Will his new powers give him the edge he needs to be the Monster-of-Ceremonies? Find out this summer when Richard Lewis stars in Stage Fright!