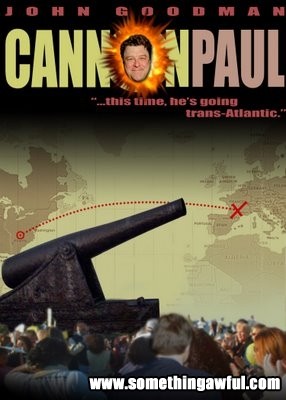 When Paul is banned from all commercial airlines after being caught in the midst of a terror scare, he is forced to go trans-Atlantic his own way. Only "his own way" is a monumental long-distance human cannon launch! John Goodman is...CannonPaul! It'll be a real blast!

Marc Kendal has always been a noob. But when he finds an abandoned puppy, his life is turned upside down! That spunky little pup isn't just cute, but can frag and bunnyhop with the best of them. Can Marc win the big video game tournament with the help of his elite pet? Will his tricks be discovered by the G@m3m@ster(Kevin Smith)? With a little help from his clan, anything is possible. This fall, get ready for Uber Rex! 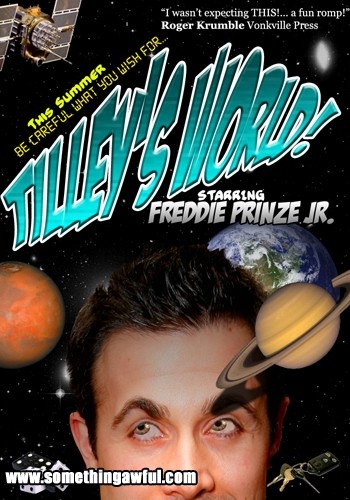 Are you bored with this year's summer blockbusters? Well then brace yourself for a non-stop comedy romp that you'll never forget! One morning Tilley, an average, middle-class college grad received a strange letter in the mail, not only that... he may also have just gotten the chance of a lifetime! Tilley and three friends of his choosing are selected for the ultimate reality game... the only catch is that once you find yourself in the hot seat there's NO looking back! It's farce like none other when Tilley and his crew try to fit in the only way they know how. Freddie Prinze Jr stars in... Tilley's World! This summer, only in select theaters.