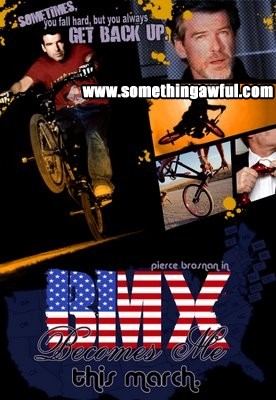 When a stock broker (Pierce Brosnan) unexpectedly loses his job and develops the ultimate BMX obsession, he's got no choice but to hit the road in a cross-country bike journey of self-realization. BMX Becomes Me, a new drama coming to theatres this March.

When high school geek Danny (DJ Qualls) was rejected from his dream school, he lost all hope for the future. But with the help of his girl-savvy, internet friend (Kal Penn), they hatch a plan so crazy it might work! Through subversive cyber-hacking, Danny's personal data is put into the school system - allowing him to attend every class he wants! How long he can keep it up until the administration find him out? Who's the new kid? It's Danny Einstein! 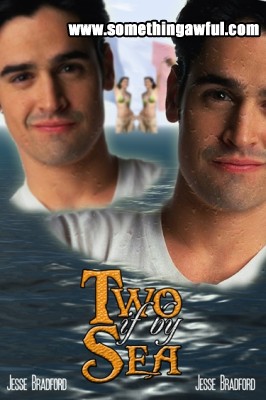 Identical twins Ethan and Jake just found the girls of their dreams, the only problem is that they're all the way in Paris! When they decide to stow away on a private yacht, boy, are they in for a surprise! It's an oil tanker bound for South America! Watch as they hop ship after ship trying to make it to their girls! It's anything but a pleasure cruise for Jesse Bradford in Two If By Sea!

Wow! I'm sure if people actually found The Razzies amusing or in touch with modern culture, we'd be seeing a lot of these movies picking up prizes. Unfortunately, I'm all out of tricks to produce from my sleeve for another week. Thanks again to all of the forum goons for their help, and especially NoveltyMC for getting the ball rolling with his Photoshops. You can check out some similar movies at http://whatavolvo.blogspot.com if you haven't had enough here.For legal reasons, I can't tell you what to expect from next week's Comedy Goldmine. You'll just have to bring along your 3D glasses and trust me that it's worth waiting for!