There was once a time when movies were seen as a fine art, and the passion and love for film making that the visionaries had for getting their message to the masses inspired some of the finest tales ever to be told. Somewhere between then and now, Hollywood's dignity hasn't just been lost, it's been stuffed into a safe and buried 80ft underground in the desert and there's lasers and bombs and spikes and stuff on the surface. After being inspired by forthcoming titles such as Who's Your Caddy, forum goon NoveltyMC and a few friends (including those from his blog at http://whatavolvo.blogspot.com ) decided to try their hands at devising plots for the next blockbuster to come out of Tinsletown. Let's have a look at some flicks which could be coming to a theater near you. 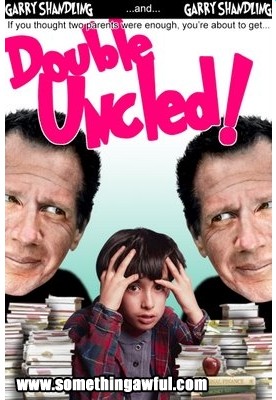 When already-overwhelmed elementary school student Tyler's parents go on vacation, he's left in the company of his two identical twin uncles. There's just one little problem - all these eccentric brothers ever seem to want to do is horse around, and Tyler's big project is due in less than a week! If you thought two parents were enough, get ready for a family comedy that will turn you upside down! Garry Shandling lands his double starring role in Double Uncled!, in theatres this Easter!

Phat Damon (Cedric the Entertainer) has spent his life hustling on the streets. But now he's been caught, and sentenced to community service - as an American Literature teacher at an inner-city high school! Can Damon reach out and inspire the kids to learn? Will Damon learn anything about himself in the process? And what will the head of the teachers' union (Robert Patrick) think? 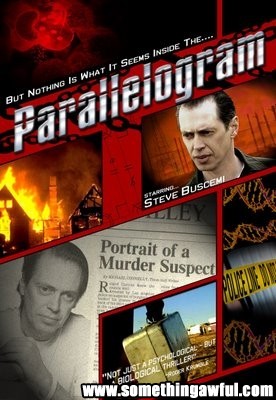 When a man returns home after 5 years in a Vietnamese prison camp, he discovers that not only has someone been living his life, but that that someone has also been committing a series of grisly murders! Now it's a race against time and logic itself to find this impostor and put the pieces together before it's too late! Steve Buscemi stars in the psychotic thriller Parallelogram.