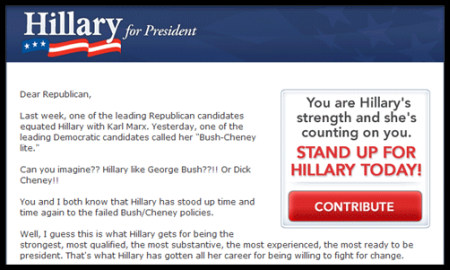 Students have always formed wrong ideas about the nature of their education. They, the students, have bowed down before the fictitious conceptions of their enslavement: this 'spirit' of the school which, in all its contradistinctive glory stands in opposition to true human spirit, is called 'school spirit' by the educators, as though it were a living thing, a true state of being in which the school, a mere physical structure, existed. This imaginary concept, this school 'spirit,' into which students disappear, hovers over them as a chimera. Their determination, their intelligence, their striving and their will, all of them disappear into this fictitious concept - the product of their own imaginations - of the 'school's spirit;' by imagining these aspects of their studenthood to be part of some immaterial 'spirit,' they give up all the pleasures of having satisfied their requirements through accomplishment. The products of their brains have gotten out of their poorly-styled heads.

The Children's Analects, by Confucius(age 7):

Confucius says, "The true measure of one's worth is if they have the newest action figure."

The Big Nap by Raymond Chandler

I was about eleven o' clock in the morning, mid October, with the sun not shining and a look of hard, wet rain in the playground. I could still taste this morning's milk on my lips, but in my bright-blue Ghostbusters pyjamas, I was every inch the respectable kindergartner.

A door opened at the back of the room. It was a girl. She looked about two or so, small and delicately put together, but she looked durable. She was filling out a pair of Barney dungarees in all the right places and her golden-yellow pig-tails picked out her green eyes like easily-swallowable Micro Machines in a sandpit. She toddled as if she were floating and smiled at me with a single, predatory tooth.

I pushed her to the floor and stole her chocolate milk.

So ah'm playin' fitba thegither with my mates doon Leith when this cunt Mark, who cannae play fitba for shite, asks ahs for a game.

- Nah you cannae play ahn mah team cos you're a shiting cunt! ah sais to 'im, so the wee radge picks up a stone and flings et at mah heid.

- Git tae fuck! Ah saes and Ah ken the wee cunt is gunnae leg it, so me n ma mate Harksey chase 'im doon and ah'm oan top of 'im givin' it all and Harksey's puttin in the boot on this doss cunt. He's struggling fir breath now and ah shake him doon.

- This aw you got? Ah sais and he wisnae answerin and his eyes wir bulging and haes strugglin' fir breath.

- Yer sister's a slag! Ah sais as ah put the boot in once more, all ah got from the cunt was 50p and some crappin fitba cards.

- Doe's yer Ma ken that her bairn is a Roger Moore 'n Aw? Ah sais as I walk off with mah mates down tah Leith main so we's can get on. Thair's a new store down the way 'et sells Pokahmon n that 50p will git us a new Regahrock. Ah'll show those cunts down aht the Rec thait ahm nae losin tae any cunt this weekend.