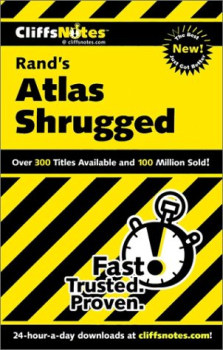 The Bully by Ayn Rand, Age 9

One day on the playground I had born witness to a disturbing, yet all too prevalent spectacle - Ivan, a young boy in the same grade as I, was being accosted by a common thuggish bully threatening him with violence unless he relinquished his lunch money. Not wishing to be on the receiving end of corporal trauma, nor the dreaded "noogie," Ivan quickly expended the contents of his pockets, to which the greedy, parasitic bully quickly snatched up. The bully, ready to posture his inherent strength, pushed the boy to the ground and kicked gravel in his face. Resigning himself to his obvious failure, Ivan quickly retreated to the Sandbox to play with his Soldier Josef action figures.

Absolutely vexed at what I saw, I hurried myself to a grown-up of higher authority - albeit admittedly, the degree of authority was quite questionable - and recanted what I had witnessed to her:

"Mrs. Pinski - Boris, in an effort to bolster his own funds, had forcefully taken Ivan's money with which he purchases his lunch! Are we to suggest that this kind of behavior is acceptable? That we should sit still while those that earn their right to eat from the cafeteria are drained away by vampiric, lazy louts who feed on the hard work of others? That Ivan should take out the garbage, or pull weeds from his family's garden, strengthening his resolve and lining his pockets with that which he himself has earned, only to have it snatched away by the leeches that plague this blacktop?"

Mrs. Pinski, unmoved by my plea, spoke to me: "Alisa, Ivan's resolve will never be stronger unless he learns to stand up for himself. Besides, if his classmates had felt that he had earned his lunch money, would they not have stood beside him to protect him from those that seek his surrender?"

"I spit at your petty morals," I replied. "A man is entitled not by what society says he should have, but what he wants for himself! What good is society if we are blinded by dogmatic beliefs and petty morality? Do you not wish these children to succeed? Do you not wish them rewarded for their work? Mankind is not a single collective - it is a group of thinking, feeling people that have their own goals and seek their own success! In not bringing Boris to justice, you seek to empower only those who feed on the hard work of others! What have you accomplished with yourself to earn your authority? What could you have possibly done to warrant your title of 'lunch-aide?' Probably delegated to you by your husband's position in the Parent-Lecturer Party, you false figure!"

It was then she made me sit inside for the rest of recess. How I despise that woman.

Winston Smith, of the 3rd-aggregate Upper Skilled Learning Group trudged down the dirty concrete path to the school canteen. The day was clear and chilly, yet the sky seemed as grey as had been for the last few days. He kept his hands in his pockets and his gaze no more than a couple of metres in front of his scuffed standard-issue shoes. Best not to catch the eye of a prefect.

The public address system crackled to life. "The School Administration Collective is pleased to announce that the lunchtime break has been extended to twenty-five minutes from today!" Winston frowned slightly before catching the unwanted expression. He was sure lunchtimes used to be thirty minutes. Weren't they? It was so hard to remember. Watches were banned and the clock on the administration tower was taken down over a year ago without ceremony. One now had to rely on the ever-present bells, the only timekeeping not in short supply.

Standing in the canteen queue with the other sullen students, Winston tried to estimate how long it was until the end of lunch. Should be time. The obese woman in the canteen stared at Winston with ill-shrouded disgust.
"A pie please"
"Four tokens"
"But it was three yesterday!"
"It's always been four", she said, glancing to Winston's left.

He felt a hand on his shoulder. Winston froze. His bowels turned to ice as he turned and looked into the cold hard eyes of a school prefect.

"Talking back to Staff. Detention, Room 101"

Excerpts from chapter one:

As useful a criticism, but infinitely more bearable because of the way it was presented (a mixture of the most exquisite intelligence, the most merciful tact and a rare eloquence), as any previously offered to him, was now presented to the Ninja-Bat by Batman's grandmother, the marchioness of Metz. They had previously met, as the Ninja-Bat had visited his aunts in Luxembourg. The marchioness of Metz had at that time recently been widowed, and was travelling the countryside of Franche-Comte, Lorraine and Alsace with her niece, but had taken a detour. Her husband, the Marquis of Metz, had been colossally rich; however, because of his many unseemly affairs with various courtesans, he had been held in rather low esteem by the aristocracy, despite his riches and his title. His death had contributed to normalizing the marchioness' standing, and so

The Ninja-Bat was relieved, somewhat flattered, yet at the same time hurt by the marchioness' criticism. When monsieur Corneille had chastened him the previous evening, he had been shocked by Corneille's forthrightness. This time he had been expecting a benign, yet stern appraisal, but had not counted on some of the content therein. He realized now what type of mindset the marchioness possessed, and how deep her admiration for Batman was. The amount of esteem a woman can hold for her grandson is inestimable. And so she did not look kindly on the Ninja-Bat tying Batman to the railroad tracks, even though the weather had been fine that day, and that no harm had come to Batman. Her words had been well found however, and almost rivalled the wisdom of Sévigné, whom she was a fervent admirer of.

"How stupid he is!" Batman thought, annoyed by the Ninja-Bat's arrogant behaviour. He found a sort of bitter contentment in contemplating the Ninja-Bat's complete lack of understanding towards his position. But since it was a beautiful day his feelings of self-righteousness soon wore off. As he walked north out of Rennes, the natural beauty of his surroundings shifted his focus towards it. He walked through the greenery, which had an almost underwater quality to it. The vibrant purple of the lilacs made him reminisce about his childhood home, where he had often wandered during the warm spring afternoons.

As Batman entered the Bordello, he realized once again why he frequented it so much. The beauty of the women to be found therein, although not always of the traditional kind, was astounding. Even the cheapest of these women possessed such grace, and so much compassion, that he would at this moment have been willing to pay even double the standard amount.