Summer is reality TV season, and it can be hard to keep track of all the enthralling new programming. Fortunately, Reality Recaps helps you catch up on everything you might have missed. You're welcome!

Beloved midget bus drivers Ray and Tonya are cut off by a gang of aggressive Shriners who launch barrages of hard candy at them. Ray removes his hand from his half of the steering wheel to flip them off, then becomes incensed when he realizes no one can see his tiny finger. Tonya receives a terse phone call from her estranged sister, asking if she's "still really short." Ray's 15-minute struggle to reach a can of Campbell's Chunky soup demonstrates the heartbreaking trials and tribulations of being a "little person." Frustration turns to anger once Ray realizes the soup expired last year. Tonya is beaten. Ray uses a step stool to reach the faucet and astutely remarks, "the first thing I do when I wake up each morning is check to see if I'm dead. Then I cry for an hour. No god can hear prayers from my tiny little sausage hands."

Sheila attempts to set a Guinness World Record by having sex with every person and object within a one-mile radius, but loses her chance once a biplane flies overhead, just out of reach. Producers assure her the record was one square mile, not cubic, but that term simply confuses Sheila and she begins to cry while drinking rum from a cat litter box. Sheila's visit to the ice-cream parlor causes her to rethink her stance on Congressional term limits. Mindy visits and tries to ask Sheila what she did last night, but is unable to coherently communicate due to her entire vocabulary consisting of "like," "um," and "you know." They eventually get drunk and flash their tits at a wheelbarrow they mistake for William H. Macy.

So You Want to Be a Webmaster?

Daniel voluntarily disqualifies himself during the "12 Hours of Sitting In a Chair" Tournament. Cindy uses Google to learn what a webmaster does, then immediately voluntarily disqualifies herself. Tina receives a phone call and walks off the show, claiming "my brother just told me something is doing something to something else and... I have to stop it." Kyle, the last remaining contestant, is declared the winner, but is unable to accept the webmaster position when producers discover he has been dead for months. The job is eventually awarded to the nearest living creature, a local squatter who argues with statues and inexplicably wears seven layers of clothing in the summer, even though he'd be much more comfortable just wearing a t-shirt and storing everything else in a garbage bag. 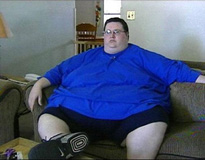 Howie's mom weeps for 50 minutes once she realizes the camera is pointing at her, desperately pleading for "somebody out there in the television audience to, you know, make my boy less fat." Howie is introduced to a revolutionary new weight loss program by Dr. Nelson Flatbush called "The Stop Eating Diet." Hope turns to despair when Howie discovers this diet requires him to stop eating. Dr. Flatbush claims food "is a myth" and waves around an Excel spreadsheet as proof. The diet goes smoothly up until the moment it actually begins, at which point Howie eats the spreadsheet. Dr. Flatbush looks at the camera and says "I've heard of number crunching, but this is ridiculous!" He quickly corrects himself and remarks, "I've heard of pie charts, but this is ridiculous!" Then he winks at the camera and begins to sweat nervously. Howie's mom realizes she's in the shot, so she begins to cry again, saying, "I should've stopped feeding you deep-fried lard the day your father went in to clean your man-folds and never returned." 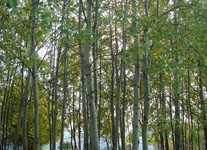 
Spike - Monday, 7:00
"In the woods, nobody can hear you scream. Except for our camera crew. And the people who live nearby."
EP. 1 - "Welcome to the Jungle, We Don't Have Any Fun and Games"

A group of college students are blindfolded, loaded into a cargo van, and dropped off in the middle of a forest with no food, supplies, or knowledge they are on a television show and competing against each other. To escape, the contestants must work together and create an amazing talent show to raise money for victims of a local orphanage. Unfortunately, nobody is ever informed of this requirement, so the first 45 minutes of the season premiere consists primarily of people eating riverbed clay and beating each other with logs. Alex falls into a shallow creek and begins thrashing spastically, assuming a riptide just pulled him into the Atlantic Ocean. Justin devises a cunning way to escape the woods ("keep walking in some direction until there ain't no more trees around"), but his plans are cut short when Judy gets the results of her pregnancy test. Max attempts to convert a pine tree into roast beef.