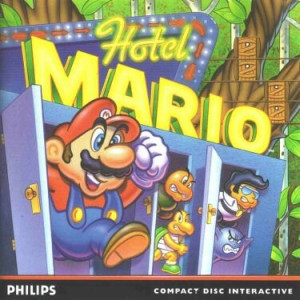 Some guy wanted to commit suicide. He was staying in a fourth floor room and landed feet first on the concrete. His ankles both broke and he was conscious when the on site first aider arrived. Her advice: try from a higher floor next time.

I've worked in two places in the motel industry. My first was just a straight up crackhead motel. If you could snort it, shoot it, smoke it, eat it or fuck it you would come here to do so. There was one other place that was worse, and it peddled cheap ass out in front and you could buy shitty drugs after talking to maybe one or two other people. Here it was a bit more discreet.

At one point in the spring my boss decided it would be a good idea to give three rooms to a guy who was employing some Mexicans as carpenters. Pretty standard fare. We learned later that they were nine to a room at which point they were removed. But in that time I met one of the most colorful people. She lived in a room with these nine Mexican men. She was the toothless white hooker. She lived in with these guys for what amounted to food and shelter and was passed around between the entire work crew. And when I say she was toothless, I don't mean she had rotten teeth, a few teeth, her molars. No. She was completely toothless. She was reminiscent of Tommy Pickles from Rugrats. She would say over and over, loud and proud, especially when guests were around that "I'm an in'apenant woman" and "I ain't no Spanish bish". She lisped and spat when she talked, had a lazy eye and had absolutely no shame, showing up in just her dirty underwear for the first few days until I told her I'd call the cops if she did it again. Her mother would be so proud.

About three months ago a man walked in on the beginning of my shift. His eyes were completely bloodshot, he looked like the walking dead. He spoke in a slow, stumbling voice, but instead of asking for my brains, he merely wanted a room. He was wearing a wife beater and a blue pair of jeans, this man with the skin hanging off his bones. I told him the price, he got me a credit card. While I scanned it, he asked me the time. It was I told him 7:30, and it was early. He says...Uh...PM? It was bright outside. I didn't look at the name on the card, mesmerized by this moron. I stupidly gave him a room and forgot to take a look at the card. It was his girlfriend's, who was even more cracked out than him. It took her an hour of finagling to get her to sign it. Later I learned from a housekeeper that he tried to get into someone else's room, thinking it was his. His jeans had giant holes in the back, exposing pasty, naked ass. He had no undershorts. They had warrants on them from what I gathered later as a policeman called. They skipped out two hours before they grabbed a warrant (why they needed one I have no idea) and he apologized for being such a mess.

So in short, I dealt with tons of human garbage.

Your time is up here, so check-out of your room by 12pm. Thanks for reading (or listening, if you're blind and have one of these robotic voice-narration dealies), and thanks of course to Mithra6 and our forum goons for showing us what they have to put up with on a daily basis. Use this newfound knowledge of the hotel business wisely, next time you end up staying overnight in a dilapidated motel. I'll be back with a new Goldmine next week. Which industry's employees will have the opportunity to rant about pant-shitting customers next time? Find out on Tuesday!