Rape no longer a crime

The supreme court ruled today that the rape of a female by a male is no longer a crime. This landmark decision came after testimony from several women stating that they do, in fact, enjoy it. "I think it's pretty great" said Chief Justice William Rehnquist moments before plunging balls-deep into (seemingly) unwilling Justice Ruth Ginsburg.

HARKSVLARD (AP)- Grendel was once the scourge of this Danish forest, but now the beast is done with the bloodshed.

"I'm so sorry to all the men I have eaten," said the monster, wiping tears away with a handkerchief clutched in his tiny, artificial claw-like arms. "It took the physical strength of an amazing man to render me powerless, but now i have found the strength within. Let me offer an apology and hopefully I can join your wonderful Anglo-Saxon brotherhood. I would also like to convert to Christianity and put my faith in the Lord's arms."

Grendel finished and began to walk away, but one of his fake arms was still clutching the podium and tore itself loose from his nub. 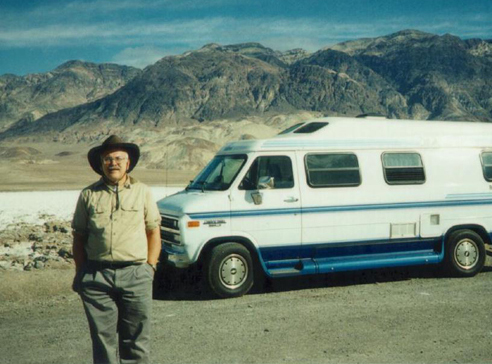 MIAMI (AP) - "Why should I?" retorted the fresh-faced retired boy, sitting at smugly the helm of his RV. "All I do is collect social security and fuck high school girls. You just wish you'd thought of it first."

When asked if it troubles him that his loved ones should grow old and die while he continues ever on, he laughed. "Yeah, they pretty much would have done that anyway, retard." He declined further comment.

"I don't know what happened, but I'm stuck in this costume and the doctors say there is no exit. They could cut it off but that might kill me and the suit would be taken out of my pay. I can't turn my head or use my fingers anymore, so I can't do wiring at all."

"I also can't eat anything that won't fit through the screen I see through, so it's all liquids for me from now on. McDonald's says they will give me free milkshakes for life... for life."

Merman says he wouldn't mind taking up a Grimace gig with full benefits, but McDonald's executives nixed the idea. "I know he's trying his best to accept his fate, but the children were disturbed by the mournful tone of his dancing."

The topic in class today is Geometry, but not for 12 year old Anthony Morris. Anthony can't help but stare out the window and wonder "What if Pokemon were real?"

He sure wouldn't be in this stupid class, that much is clear. He'd more likely be flying atop a Charizard on his way to the next Pokemon Stadium.

"I'd have a Pikachu, that's for sure." he repeated to himself several times. "But I wouldn't stuff it into a ball. I'd carry it around in a purse or something. A Poke-Purse."

Asked about his imagined battles, Anthony remains fairly confident that his knowledge of the rock-paper-scissors nature of the elements would guarantee him among the elite Pokemon masters. "If they bring out a fire Pokemon, I use my Blastoise. If they bring out water, I use my Pikachu. I have it all planned out."

CAMBRIDGE, MA (Reuters)- you humans with your shipping vessels and pollutants you dump your toxic sludge into me for centuries, but the only thing anyone ever notices is a little tea i didnt mind the tea, but you guys and your chemicals fucking suck. if i had arms i would blast fenway park off the face of the earth. fuck you guyses' teams, you all talk stupid too.

Man's Cause of Death Ruled "Unknown" Due to Coroner's Indifference

STATE MORGUE (GH)- i mean, what's the point? he's dead, ain't nothing going to bring him back. not like his family is eager to hear the verdict either... his daughter is estranged and his ex-wife would probably just throw a party. look, i'm terribly sorry to whatever people out there who are interested in this, but it's just not worth the effort. he was just some schmuck.

if you're so fascinated about this guy for your little newspaper or whatever, then by all means, be my guest. open up that locker on the far left and take a guess yourself. nobody's gonna stop you.

Thanks to FYAD over at the forums for finally allowing me give a shoutout to my favorite forum.