What It Means to Be an Openly Practicing, Out-and-Proud Wizard in 2015!

Never trust a wizard, that's what I always say! They're just as likely to lose control with rampant malicious spellcasting as they are to conjure food for the hungry!

Dangerous magics need to be controlled and regulated! Wizards should be rounded up into mage circles, where they can safely learn and use their spells under the watchful eyes of the Templars. The Templars will protect us from wizards, and protect the wizards from themselves.

I'm not saying being magic is inherently immoral - obviously I'm a paladin myself - but doesn't anybody stop and ask if magic culture might be at least partially responsible for the severe emotional and psychological problems that plague the magical community? There is such a thing as evil magic and I have to deal with it every day. Magic parents who don't teach their children to use light magic exclusively run the risk of inviting unholy entities into their souls.

Wow. This is exactly why people don't want to include Paladins in their groups. Yes, there are some groups out there that use magic badly, but compared to the amount of people that use it for non-evil purposes it's such a small percentage. Maybe the suicide rates are so high because of bullies like you.

Just chiming in to share my own experience as coming out as a wizard...

When I was young, I always thought I was kind of different from the other kids. When I played with my friends, I never really enjoyed being a fighter or a rogue and thought there was something wrong with me. One day while I was picking radishes in my parents garden I saw a kindly old man throwing arcs of blue lightning at a group of nearby children and I was completely frozen in awe. I asked him what he was doing and he agreed to take me to his tower and teach me his secrets. 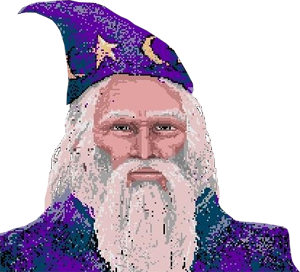 After several weeks of him thrusting his throbbing wisdom into my tender young mind, I had learned so much about wizardry and even knew a few spells. I was so excited I ran home to show my father what I had learned. When I entered the farm house I found him drunk in front of the fireplace. He began screaming at me about where I had been, and I told him that I had seen a Wizard and was his new apprentice. He grew even angrier and began beating me, saying that no son of his would be a wizard, and what would my mother think? Unfortunately, I had no way of asking her since she had died in a Owlbear attack many years before I had been born. I barely slept that night in fear of what my father would do to me when he sobered up.

I was awakened when my door was kicked down and I was torn from my bed by two giant fighters. I kicked and I screamed but they threw me into the back of a worn-down cart with several other scared-looking children. I began to cry out and I was hit in the head with a hilt of a sword and blacked out. Several hours later I came to when we reached our destination. I found out that we had been taken to a Fighter Training Camp called "Walk Away from Wizardry." Everyone here was to have their interest in magic beaten out of them.

It was a long summer at camp. Every day we were to run a dungeon with only a sword - If anyone dared to throw a magic missile or a lightning bolt they were beaten mercilessly and thrown in a cell for a few hours. By the end of it, I was an adept fighter and no longer had any longing to play with spellcasting like I had in my youth.

I've never really spoken to my friends about my past dealing with wizardry because it's a tough subject for me. I am ashamed of what I used to be and afraid of what they would think.

OP, please seek out help to overcome your problem. Being a wizard is not something you should embrace. Although it was hard at the time, I appreciate what my father and the Walk Away from Wizardry organization have done for me. I am now a very successful and respected paladin and what little magic I know is only for healing and helping people.

I hope my story has been an inspiration for you to find your true self and not be swept up in magic fads.

lol how much you wanna bet this guy has a long, flowing beard and a twinkle in his eye. I dunno what it is but "cured" wizards always look even more wizardly than open wizards.

I would expect more support from a fellow paladin. I do not have a flowing beard and I try very hard to not have myself associated with magic culture.

Perhaps the other users in this thread are right; while I do not think that paladins in general are bullies, maybe it is you, Applewhite, who are the bully.

We may not have to like the company of Wizards, Mages and Clerics, but it is not our place to judge and harass them for the decisions they make.

I want to follow up by saying that I'm very much against those kinds of camps. It's no surprise to me that their most prominent "successes" end up as paladins, since paladins are the only class from whom using magic really is a choice. Most of the time the victims of these backwards camps just end up as self-hating wizards that keep all their mana bottled up inside until it explodes in a display of dark magic or they kill themselves because of the constant whispers of the dark ones in their heads.

If you are a magic user then there's nothing you can do about it except learn to wield magic righteously. You can't keep it bottled up forever and without guidance you will only end up using magic in an unhealthy way. That is why I thank the LORD every day for His divine presence and guidance in helping me to use magic responsibly.

Change wizard to paladin and this is the same argument you.......

You were sent to one of those camps, weren't you?

I attended a training camp where I was taught to discipline my body as well as properly utilize my natural mana reserves, yes.