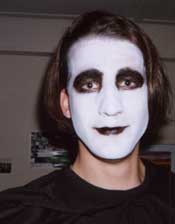 Mr. Pumroy: This isn't for Christmas, but my uncle recently visited. He gave me a FORTRAN coloring book.

I'm still trying to wrap my brain around this. It's FORTRAN. And it's a coloring book. I know I'm going to treasure this, but still, what the hell?

Bunk Rogers: .50$ in pennies, wrapped in a plastic sandwich bag.

Zebadaiah: Oh, I've given a lot shittier gifts than I've received. Here's what I gave my family a few years ago:

it was sort of pathetic that mom actually bothered to pretend she liked her gift. I've given up on trying to enforce my opinions on any gift-giving holiday on others by giving them shitty gifts since then though.

Purpling: My mom gave me a 10 pound sack of Himalayan rice.

Not only that, my birthday lies on th 18th of December, so it was a Christmas AND birthday present.

trouser chili: A thick book entitled "The Internet Yellow Pages" or something to that effect. Now, I'm a network engineer - I'd spent every working day for the past 5 years working on and building the god damned internet. I know it inside and out, I don't need some stupid book that tells me that "to search for shit I should go to yahoo.com". I received this book from my brother in law, who's a manager at a Domino's Pizza. This year he's getting a subscription to the "pizza of the month" club. Or some coupons for free pizza at Papa John's.

EDIT: Anyone know where I can get some new old stock "Avoid the Noid" t-shirts?

Inspectah9D9: My grandpa the dentist gave me a cast of gums with all my original baby teeth in it... i would rather have the fucking wind up toy then that, i could use the windup toy 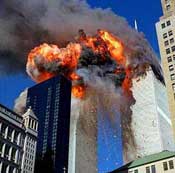 Gruntled: A half of a pack of tube socks from my great aunt.

My dad got the other half.

k_killmore: My grandfather, cheap incarnate, gave me a 9 volt battery one year. Wrapped.

I was 5 at the time and realized what a shitty gift this really was even then.

"You can use it in all the toys you get!" NO shit gramps. Thanks for the tip.

slackshack: I have an aunt and uncle that have been giving shitty church lottery calendars for my whole life [I'm in my 30's].These calendars are nadir of low quality,the art is composed of brain damaging photos taken by someone who aspires to be Walt Whitman but is more of a poster child for the society of spatially challenged photographers.We are talking trees missing the tops,leaning landscapes and rivers that run uphill.The real kicker is that these calendars have a tear off portion to be sent in for monthly draws.The thing is aunt gwen and uncle stew insist on filling out the tabs for you,no one has ever won yet they have won multiple times.It's a foregone conclusion that the only names ever entered are gwen and stews.Did I mention these two are millionaires?

I actually just throw my calendar in the fire every year to get a cheap laugh once they have left the party.