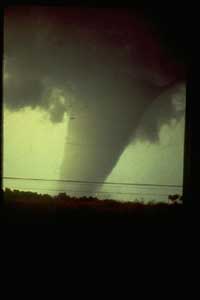 Three Liter Jesus: Anyway, when I was 15 I bought a copy of Jedi Knight for my friend (it was right when it came out, so like 45 bucks). Know what he got me? Actually... he MADE me a shirt.

It was a blue shirt he got for free, he had turned it inside-out and taken the tag off of the inside so it kinda looked like an outside. Then he took some of that fabric paint, painted the word "LEGOs" on it, and tried his best to draw a lego man's head on the back of it.

I'm not friends with him anymore.

balistic: When I was seven I got my first Walkman from my mom, and my mom's friend gave me my very first cassette for it: Huey Lewis and the News. Now, imagine being seven years old, in the mountains of California in the middle of winter, with only a Huey Lewis tape to entertain you . . . and now imagine that the power goes out for two weeks, and there is six feet of snow outside, and bears. I'm not making this shit up.

To this day, I have a visceral hate reflex upon hearing any track from that album.

Soapspoon: One year long ago in the 90's, I got a dish towel from my uncle. Said dish towel had a November 1982 calendar on it.

Randbrick: My grandma was getting pretty senile in her old age... She used to send me money exclusively, which was alright, but in her later years she started becoming creative, and by creative I mean "batshit insane," delighting in sending me really wacky gifts. I remember one Christmas she flew over, and watched eagerly as I unwrapped her present... It was a g-string. A sparkly g-string. I look at it, I freeze, my mind does a couple cartwheels, and then I turn to look at her. She's shining this great big fucking smile at me, like she just farted while stoned, and after a moment, she says, "It's a european bathing suit!!" like that explained everything.

We all just smiled and nodded.

DipesXP: My grandmother gave me an inflatable combination steering wheel cover/hat. That's right. You inflated it and put it on your steering wheel, and then when you get out of the car, you can put it on your head. Honestly, it was the most bizarre gift I've ever received, but Grandmothers can be crazy so I wouldn't consider it the worst. Alright, I guess it's the worst.

Rheingold: From a crazy, alcoholic aunt I received a soap that was shaped like a hippo when I was about 5 or 6. On second thought I don't think it was that bad, I still have it because I like hippos and wanted to preserve it for future generations. It's really filthy now, just like 15 year old soap is.

evilhanz: My grandmother once gave me a Shaving Kilt. Not a shaving KIT, a KILT. A goddamned scottish shaving kilt. That's right. It's a kilt that you wear while you shave. It took me about 10 minutes to get my head around that one. Do I really need to wear a skirt while I shave? Honestly, what do you say to a gift like that? "Thanks grandma! Now Bam-Bam and Pebbles can swing free and easy?"

Geiiga: My brother's got me beat. One year he had a box about three feet cubed waiting out for him. It was enormously heavy, and didn't do anything when he shook it. Christmas day came along, and it was filled with tightly packed newspaper. At the center of the newspaper? A brick. It said 'Don't spit on the sidewalk.' I think I'm going to see if I can find a similar brick for his Christmas this year. 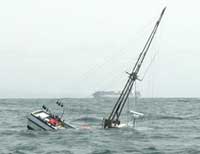 Brown Moses: A massive basket of various nuts from an aunt. I fucking hate nuts.

Heliophobe: A photograph of my dad. From my dad. Framed, from a portrait studio. Apparently, that was his gift to everyone that year. Is this a common thing to do? Not that I mind having a picture of my dad, but it certainly doesn't balance out the $25 Border's gift certificate I gave him.

damage path: A few years ago I got a subscription to GamePro magazine. The first magazine came and all was good. Then a month passed and I didn't get a magazine. I was really pissed that it never came. I asked my mother where it was and she said she didn't know. I didn't find out why it never came until Christmas morning when I opened a package and found it there. Not only did my mother lie to me, but she gave me something that was already mine.

kalleboo: "Cowboys of Moo Mesa Coloring Book." When I was 14. I never did touch it myself after unwrapping it.

Khorne: I asked for a box of magic cards one year, and my father got me two packs. I cried in the bathroom later on. (not gay)

neekoy: One of those self polishing boot sponges and coat hangers with thick woolen pink weaving around it for decoration.

He-Man: When I was 13 my Grandma just went to a San Fransico (novelty store) and bought all these novelty gifts. I ended up with "The Worlds Biggest Condom" in my stocking.