EXPECTATIONS: It's only the third week of May, and already I'm experiencing cinematic shell shock. A summer filled with million-dollar explosions and CGI monstrosities is an utterly exhausting proposition. Given that The Sapphires looks like a perfectly decent distraction from this summer's Star Treks and Iron Men, I think it's time to embrace my newfound status as an official old person. Early-bird specials, Guy Fieri marathons, and all the fake '60s nostalgia I can stomach! Bring it on!

REALITY: Any time a film deals with race, it tends to go one of two ways: either the conflict is pushed to the point of absurdity (see: The Help), or it's treated with deadly seriousness and then hammered into oblivion (see: Crash). While The Sapphires leans a bit more toward the former, it's also a film that knows when to let the issue take a backseat in order to develop its characters. It's a light and frothy tribute to the power of music that never becomes too ponderous or overstays its welcome. In other words, it's perfect programming for TBS on a weekday afternoon. 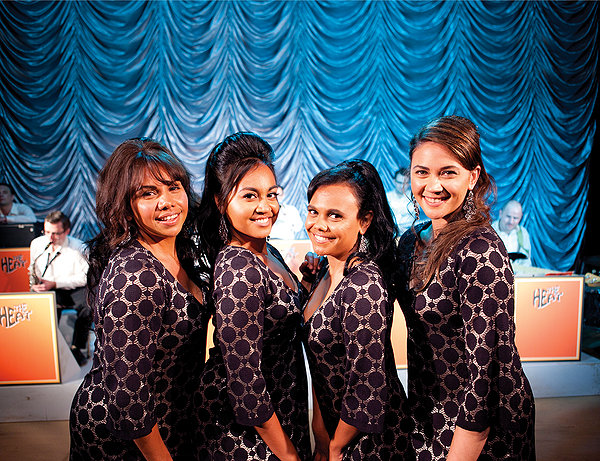 There is literally nothing funny to say about this picture, I'm sure it's a cracking show.


Based on a true story, the film opens in 1968 as three Aboriginal sisters enter a singing competition in a backwater Australian town. Their rendition of a Merle Haggard tune is clearly the best, but the racist bar owner awards top prize to a white girl who is "allergic to music," as MC Dave Lovelace puts it. Lovelace (Chris O'Dowd), a boozing, nearly talentless musician himself, sees potential in the three sisters, and he agrees to become their manager. He lands them a gig performing for the troops in Vietnam, but first he insists that they ditch the country/western routine and teaches them the finer points of American R&B.

Away from home for the first time, the girls are forced to do some growing up. Big sister Gail (Deborah Mailman) constantly clashes with Dave over how the group should be run; Cynthia (Miranda Tapsell) attempts to get over her ex-fiance with a little help from any GI that strikes her fancy; lead singer Julie (Jessica Mauboy) quickly realizes that a warzone is no place for a young mother; fourth sister Kay (Shari Sebbens) finally comes to accept her identity as a black woman.

The subject of race as it's defined in Australia doesn't get much screentime stateside. An opening title card explains that as recently as the 1970s, fair-skinned Aboriginal children were routinely abducted by the Australian government and placed into foster care. As a member of this 'stolen generation,' Kay feels isolated from her sisters. In one of the film's more hamfisted displays, Kay comes to terms with her heritage after witnessing a white soldier refuse first aid from a black medic. Hers is the least developed arc in the film, and I'll bet half of her character landed in a Writer's Room trash can.

The Sapphires is remarkably upbeat for a film that deals with institutionalized racism and the Vietnam War. The girls perform a number of Motown standards with equal verve and showmanship, and as dark as the film sometimes threatens to become, they keep pulling us back through sheer charm. How many times have you heard a musician in a film say something like "The music's all that matters, man"? That's how co-writers Keith Thompson and Tony Briggs (son of one of the real-life Sapphires) spin this film, and you get the sense that if they went any darker, it would completely derail an otherwise perfectly decent jukebox musical. 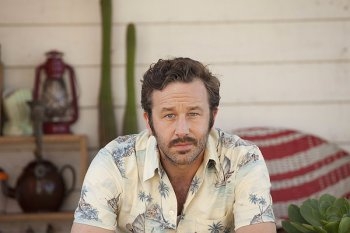 Even this guy's got nothing funny to say, and he's Irish!Yet as light as it is, I hesitate to call the film an out-and-out comedy. All the film's marketing (in the US, at least) paints it as some kind of silly lark, probably because Harvey Weinstein didn't know how to sell a film that's basically Australian Dreamgirls. It's a comedy inasmuch as it's a film that happens to star fairly well-known Irish funnyman Chris O'Dowd. His off-the-cuff one-liners and general "less irritating version of Russell Brand" demeanor go a long way in keeping The Sapphires on the brighter side of what could have been a truly bleak film. There are times, though, when he seems to bumble his way through a scene simply because the film needs a laugh.

To his credit, O'Dowd also lends the film some of its most stirring moments. As Dave explains the difference between country and soul, he gives the girls the tools they need to embrace who they are. Country music is about accepting defeat, he says, but soul music is about refusing it and fighting harder. The Sapphires belongs just as much to Dave as it does to the four sisters, and watching him grow into a somewhat-respectable human being is one of the film's many delights.

As you can probably tell, The Sapphires paints in some extremely broad strokes. While some may find that approach problematic, it's too energetic to let the politics of race bog it down. It's hard to deny great music when it's performed well, and this film deals in great music almost exclusively. Australian imports are already something of a rarity in the USA, and it'd be a shame if this didn't become the sleeper hit of the summer.

MINORITY REPORT: Chris O'Dowd seems to have been through the entire Bill Murray spectrum in a very short span of time. TV-comedy star to madcap-comedy-movie star to more-serious-but-still-comedic fare like this in the space of five years is a pretty impressive trajectory. Now he just needs to play a tragically misunderstood historical figure in a try-hard biopic and he's done. He's turbo Murray. - Ian "Professor Clumsy" Maddison