We've got two horror sequels, a stupid comedy starring a once-beloved actor, and a heavily edited foreign film on this weekend's marquee. We start strong with Insidious: Chapter 2, suffer a severe dip with The Family and I Spit on Your Grave 2, then climb out of that trough with The Grandmaster.

EXPECTATIONS: I've waxed lyrical about the brilliance of Insidious in the past, but just because one film is great doesn't mean that its sequels will live up to that standard. I'm maintaining some cautious optimism for Insidious Chapter 2, though, mostly based on my faith that director James Wan and screenwriter Leigh Whannell returned to the world of Insidious primarily because they felt that they had strong creative motivation to do so.

REALITY: Insidious: Chapter 2 starts weakly, hitting a lot of beats that will be extremely familiar to fans of the first film (or indeed any horror film released ever), but before long it soars into the realm of bizarre genre mash-ups, at which point it becomes so much fun it should be criminal. Borrowing from Exorcist III, The Shining, Psycho, Ghost and even Back to the Future Part II, Wan and Whannell have constructed a work that is thoroughly enamoured with its horror/mystery template as well as the strange, inevitable phenomenon that is "the sequel." 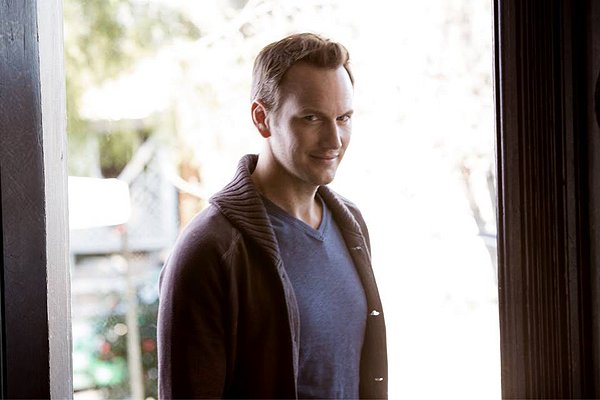 You're enjoying your job too much, Patrick. It's supposed to be hard work.


Insidious: Chapter 2 picks up where the previous film left off: Renai Lambert (Rose Byrne) is struggling to come to terms with everything that happened, but there still seems to be a ghostly entity haunting her family, and her husband Josh (Patrick Wilson) is... well, let's just say he's not quite himself. Meanwhile, Josh's mother Lorraine (Barbara Hershey) contacts the two assistants Specs (Whannel) and Tucker (Angus Sampson) who worked with now-dead medium Elise (Lin Shaye), in an attempt to figure out just what happened to her son. Enter Elise's old partner Carl (Steve Coulter), who attempts to contact her spirit to aid their investigation.

It's clear that Wan is having the time of his life building horror set pieces by exploring the geography of his locales. Lorraine's house, where most of the action of Insidious: Chapter 2 takes place, is the perfect blend of labyrinthine, creaky old homestead and familiar modern suburban family house. Much like the first film, this sequel is very reminiscent of The Changeling, in which George C. Scott explores his new home following the death of his wife and son and finds that it is haunted. What appears at first to be a figure of terror in his home turns out to be something more tragic, and the haunting itself actually helps Scott's character get through his own grief. In Insidious: Chapter 2, Renai is going through a similar experience, exploring her husband's childhood home and finding that the ghostly presence therein is less of a threat to her than the issues in her family. As she explores the house, she learns about the unseen character that inhabits it. 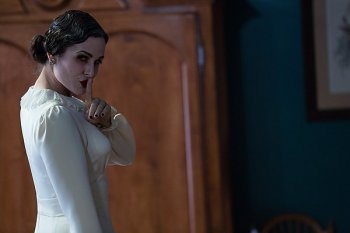 Shh, don't tell anyone how it ends.At its heart, Insidious: Chapter 2 is a mystery thriller built on a foundation of horror. I mentioned earlier some of the films that it borrows from, moving on from the typical haunted house/demonic possession elements of the first film into the realm of psychological mystery. Here we have Patrick Wilson finding his inner Jack Nicholson and Anthony Perkins at the same time as a man possessed by the spirit of a cross-dressing, serial-killing Oedipus chasing his family through a childhood home he is no longer familiar with while trapped between two warring mothers, the concerned mother of his body and the deranged mother of his new spirit. I don't know about you lot reading this, but just writing all that out was a lot of fun for me. A film that is not Insidious: Chapter 2 would have fallen short of inspiring a critic to write a sentence anywhere near as compelling as that one simply as an attempt to describe the events of its plot.*

The murdered ghost trying to aid the investigation into its own killer is an interesting idea. It's one we've seen before, including in some of the films I've already mentioned as well as more recent films like The Devil's Backbone amd What Lies Beneath. However, the wandering, victimised spirit in this case is not a murder victim but instead an ousted person looking in at his stolen life, like Nicolas Cage in Face/Off or, perhaps more obviously, Edmond Dantés from The Count of Monte Cristo. Josh's frustrated spirit form is trapped outside of reality, looking in at a very literally stolen life that he feels powerless to reclaim. 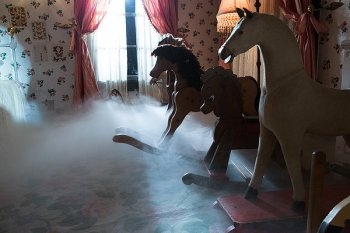 What horror film would be complete without the creepy infantilising object room?In the midst of all this homage is a streak of loving parody. Wan and Whannell are not afraid to throw in a laugh to release tension with just as much readiness as they would a scare. In one scene, Specs and Tucker take handheld camcorders into a house in search of clues, only to find a ghostly presence. The film cuts back and forth between wide shots, close ups and the POV of the cameras they are holding. The setup for a brilliant gag occurs when something as simple as moving the camera away from your face reveals something to the audience that the characters are unaware of. Suddenly we're laughing at the fact that there's very clearly something scary behind them and they are cautiously backing toward it. This blend of pastiche and parody is a recurring theme throughout the film, one that allows them to introduce their more outrageous ideas in the third act.

I am reluctant to spoil what Insidious: Chapter 2 pulls out of its back pocket to surprise you this time around, but much like the last time it is something that will either lose you instantly or make you dance with joy. For this reason, I suspect that Insidious: Chapter 2 may prove divisive. Parts of the plot here don't especially make a lot of sense, and I would hate to have to explain exactly why the events leading to the denouement are supposed to have worked at all. Still, Insidious: Chapter 2 is so zealously entertaining at almost every turn that if you soldier through its weak first act, it will repay you in spades.

*If you didn't care for the aforementioned sentence, that's a pretty good indicator that you won't enjoy Insidious: Chapter 2 either.

MINORITY REPORT: So based on the other films you reference in this review, Insidious 2 is about a quack medium living in a run-down motel that drives this person so mad that he winds up in an alternate timeline and something something something Biff Tannen tries to kill him on the roof of a casino. I'll buy one ticket, please. - Joseph "Jay Dub" Wade