Every year, we're told that January 1st is a time for renewal; a moment to reflect on the past for twenty-four hours, then start our second lease of life. It's a time to make ourselves better, to improve our lives. It's a moment to become who we want, and to restart our lives -- in the middle of the cold, dark, bleak winter, when everything is dead. This is why we try to change ourselves for the better until about January 13th, then when the spring thaw comes three months later, we start the whole "Now is the time for renewal" gibberish all over again. So, allow me to us my platform on this comedy website to say the one honest statement you'll hear this week, and remind you that we're all going to die. And that's okay.

See, there was an interesting trend in this year's best films, in that all of them dealt with death as a main theme. Not just death, actually, but rather the acceptance of death, and the treatment of it as a natural culmination of life, not something to be feared and avoided. This is a year which started with Liam Neeson's calm, soothing voice telling us to let death take us over, like a father singing his child a macabre lullaby. And of course it was Liam Neeson - a man who had recently lost the love of his life. It couldn't have been anyone other than Liam Neeson, because it would have felt insincere coming from anyone else. 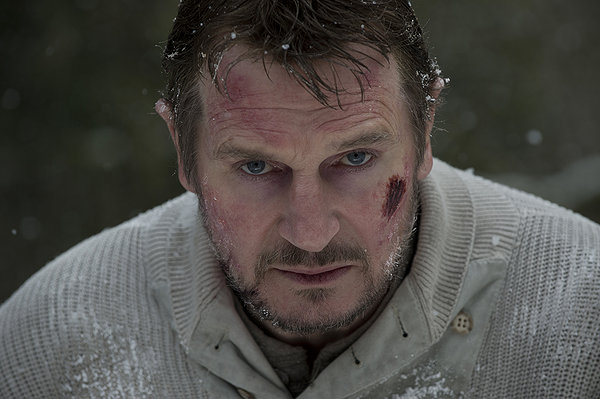 It didn't stop there. It's expected for a horror film to revolve around death, but The Woman in Black embraced it in an unexpected, almost sweet, manner, as if to show that death can be a bonding experience, rather than a separation. There were three different children's films this year which focused around not just death, but the death of children and beloved animals. All of them made the point that death is not the end of the world, and there's no reason to stop loving someone even though they're gone. Every parent will eventually have to answer every child asking what happens when they're gone, and here are three movies saying it's okay to say "I don't know, but you're here now."

By my count, there are at least 15 films released this year that feature the acceptance of death as a main theme. Life of Pi is a long spiritual journey about a young boy learning his mortality, in case you didn't get that when the movie explains itself to you. Beasts of the Southern Wild is partially about a man trying to hide his terminal illness from his daughter, who is more in touch with the universe than he is. This Must Be The Place was about a man who couldn't connect with his father until after his passing. Even Safety Not Guaranteed is all about questioning what will happen once a character passes to a different method of existence. I'm not saying this is new by any means, because death and love are literally the oldest possible story devices in the history of language. There is, however, an undeniable progression here, and one has to wonder why this common link is so prevalent.

So why have we basically turned into an episode of Six Feet Under? Terror Management Theory is a social psychology concept that states, basically, that every decision you make is made because you know you're going to die someday, whether you realize that's the motivation or not. However, as a culture, we are all very much aware today of our mortality. Remember how the world was supposed to end two weeks ago, and that was all your supermarket tabloids would talk about for the past year? Of course, no rational person actually believed that, but it provided a good talking point around our bars and water coolers. "Hey, if the world really did end this year, what would you do?" Then someone took that idea and made Seeking A Friend For The End of The World. We're not only aware of our mortality, as a culture, we're embracing it in both developmental and harmful ways. Every time you see a drunk girl yelling "YOLO!" as she vomits on the sidewalk, she is accepting her inevitable death and using Terror Management Theory to her advantage. Also, you should probably call her a cab. 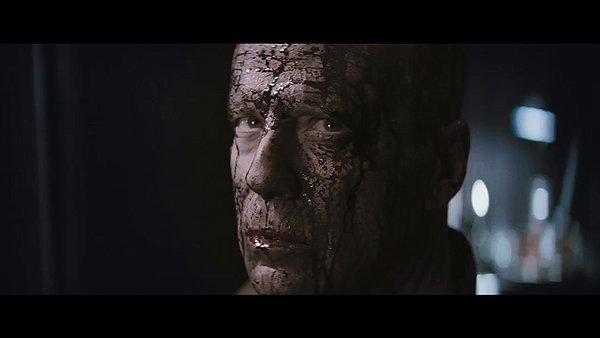 Art is a reflection of the time and place in society that it was made. Remember that there is also a purveying idea that it is noble to try to cheat death, and live when you shouldn't. This is as true today as it was in 1957 when Ingmar Bergman made a movie about a man playing chess with the Grim Reaper. And so we have plenty of film heroes who do not go gentle into that good night, and as with most things that are awesome, they involve Bruce Willis. Expendables 2 actually took an interesting turn and killed off the youngest member of the cast early on, leaving the remaining characters to ponder why they who were the most guilty were spared. We all grieve in different ways, Jason Statham's is to put knives in other guy's larynges. I can't judge him for that. Looper featured Bruce Willis knowing the exact time, date, location, and method of his own demise, and deciding "To Hell With That." There's no one better to play this archetype than Bruce Willis, either. He's a man who is getting older and made a bunch of films in his youth that showed him as being indestructible, including one which said so in the title. He also starred as a reluctant ghost in a movie about connecting with the dead, and the kicker is his wife left him for a younger man. I don't want to get too far into this tangent, but if Liam Neeson is the personification for accepting fate, then Bruce Willis is the embodiment of denying it. Both are noble in their own way.

Inevitably, though, the Neeson route is the one that will always be correct. If we learned anything this year, it's that we must know, from a young age, that people die. Sometimes it's suddenly, and for no real reason. Children need to understand death, because we've been reminded that children can die. We learned this year that you can die in a mall or a movie theater just as easily as you can in a flood. The beauty of this, however is that when we learn to accept this as an inevitability, that our individual worlds are just as likely to end on December 20th as they are December 21st, it can actually free us from fear.

We didn't stop going to the movies because of a shooting; in fact, we had the biggest domestic box office in history this year. Children didn't stop going to school, people didn't stop shopping at the mall. I'm not a nihilist, I'm not saying there's nothing that can be done about these instances. There are, and they should be done. However, the fact remains that I support this trend in films this year. As we all listen to Counting Crows ponder if this year will be better than the last, maybe we can stop talking about renewals and new lives we will never actually achieve. Maybe by accepting our death, we can actually just appreciate our lives. It's 2013, dear reader, and you're alive, and hopefully well. Happy New Year. Let's go see a movie.