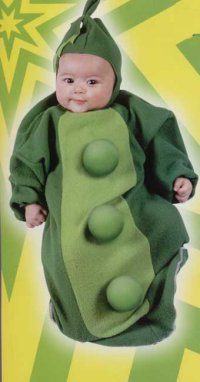 With my new job I am traveling all the time. As a result I read the Skymall catalog and my loathing for it is unfathomable. If you don’t know what Skymall is, it is a catalog of expensive inventions and devices from Sharper Image and their ilk, pushing their wares on susceptible yuppies that have enough money for this crap. It is the only thing to read in the seat pocket in front of you and you end up looking at it to distract yourself from the possibility that the pilot is drunk and will crash into a mountain, forcing you to eat a rugby team without any A-1 sauce. That’s why I drink heavily during flights and get into arguments with the gay flight attendants.

I was called for jury duty this week and spent all day at the courthouse waiting to get called so I could say “guilty” and go home. I guess there is an unwritten law that no redheads can serve on a Jury because the bailiff saw me and whispered something to the judge and I was ushered out by federal marshals to the door. They stood at the entrance and watched, making sure I got in my car and drove away. Am I on the terrorist watch list? Bu$h looks like a monkey.

Josh “Livestock” Boruff stole my update idea for mocking retarded catalogs. Sure his was up a week before mine, but I wrote this at the beginning of April and sat on it like a mother hen waiting for my avian flu riddled comedy masterpiece to hatch. This revelation cements my prior accusations that Boruff is an evil wizard sent by the dragon king to open a gateway to Oblivion. He probably owns a crystal ball and spied on me during my comedy writing session, and during bath time when I exfoliate my hideous, ruddy body with coral rocks.

He must be brought to justice, so I am assembling a last alliance of men, elves, dwarfs, to take this rogue spellcaster to task. Email Evan “Pantsfish” Wade for all the details.

An inside source at the Bank of America spilled the dirt on Richard “Snackwell” Kyanka’s sordid dealings with the financial giant. The rumor is that Kyanka offered his baby as collateral for a credit line that he defaulted on. The bank seized the baby and sold it on the open market to China Works for 3.5 tons of raw iron ore.

Richard was unavailable for comment, because he was busy acting as a one man wrecking crew, fighting against the evil communist Chinese to get his daughter back at any cost. I’m pretty sure this included him roundhousing a bad guy into a rock splitter and becoming fast friends with a fish merchant who teaches him the secret of the ooze and to believe in himself. Direct to video this summer.

Zack “The Candyman” Parsons had to have reconstructive surgery on his jaw following a failed attempt to drink a Big Gulp from 7-11 in 30 seconds on a dare. David “Hawthorne Heights” Thorpe was charged with 2nd degree reckless endangerment since he bought the beverage and double dog dared Parsons to drink it. In the meantime, the troublesome twosome will be replaced with a pair of sock puppets that will teach about the pitfalls of unprotected sex