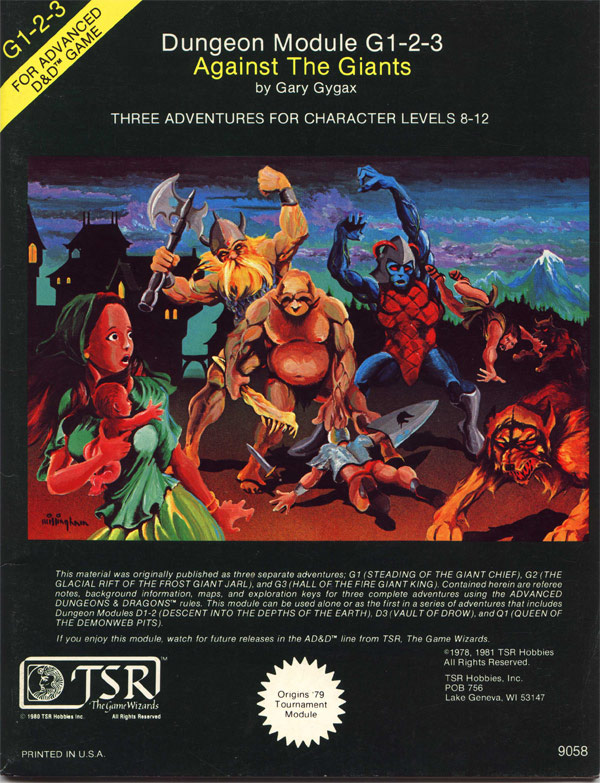 Zack: This is one of those situations where there is no explicit nudity but it feels like there should be way more clothing. It's like a 1980s NBA game.

Steve: Dr. J needs the full range of movement provided by athletic shorts. It's the same for a giant and also the guy getting slammed face-down by a giant.

Zack: At least put a blanket on that baby.

Steve: Somebody in this village really pissed off the giants. You've got like every type of giant, plus they brought in the werewolves.

Zack: Would love to be a fly on the wall on the planning session for this giant rampage.

Zack: "Alright, Jeff, you're going to throw them around like you're trying to shake dust off of blankets. Tina, do that shot-put move. And somebody call Lyle and the werewolves. These assholes are never going to soap my car again."

Zack: It's possible, although none of them has quite the ruddy complexion or voluptuous booty of that baby.