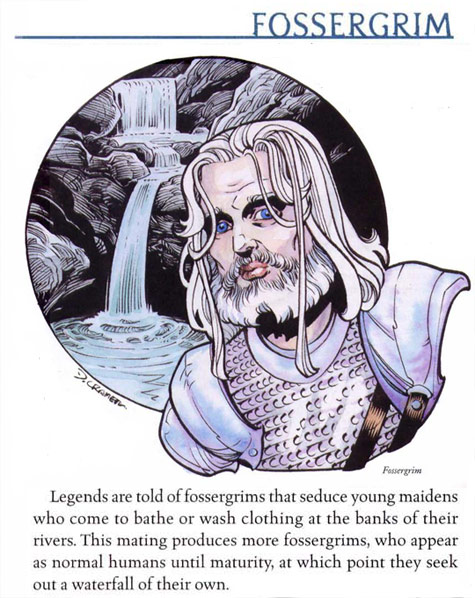 Zack: Just what D&D needed, a sexy old man that lives in a waterfall and seduces and impregnates swimmers to make more of himself.

Steve: Can you imagine how much it sucks to be one of the kids? It says they're normal until they become adults and then they turn into a these bearded old dudes with big lips who hang around waterfalls trying to seduce bathers.

Zack: He must be a smooth operator. Old men spying on young women and then busting out of waterfalls are notoriously seductive.

Steve: "Do you like my waterfall? I have made it just for you."

Zack: He looks like that actor, Michael Pitt, from Boardwalk Empire. I guess we know who to cast for the part of Fossergrim in our big waterfall movie. 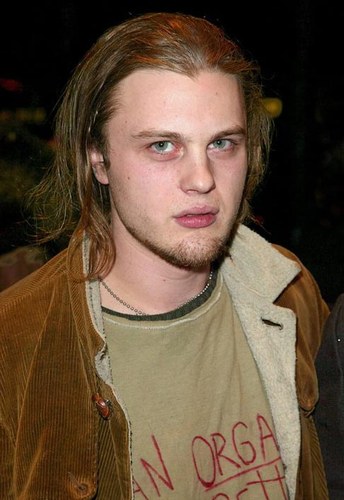 Steve: That dude looks like he could use a bath in a waterfall.

Zack: Eventually if these Casanova waterfall dudes keep knocking up ladies and making more Fossergrims they're going to overpopulate. Then what? There's only supposed to be one to a waterfall.

Steve: Says who? They'll just keep going until waterfalls are like city pools and people get sick from drinking out of it because of all the old man body soil in the water.

Zack: And in a twist of fate the Fossergrims must destroy themselves to save their waterfalls from being polluted.

Steve: Yes, pretty much exactly what happened with Skynet. The only way to save the world was by destroying all the people.

Zack: No Fate but what Fossergrims make. The future isn't written, old waterfall dudes. Get some rubbers.

Steve: Also maybe chainmail isn't such a good idea in such a watery environment, but, like whatever, bro. Really just get the jimmy hats.