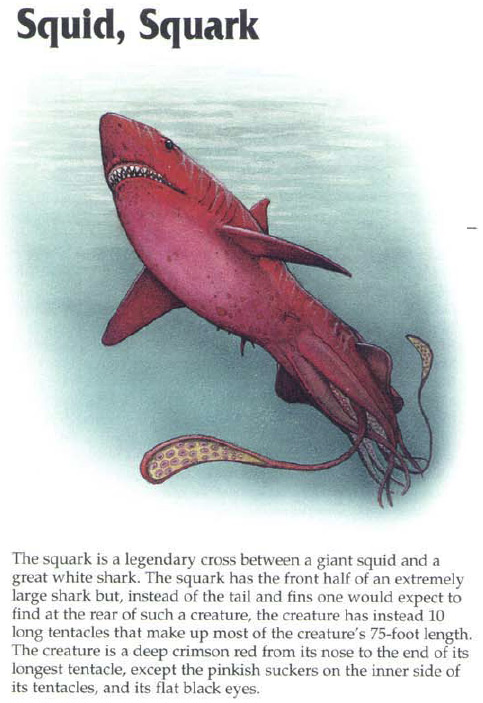 Steve: Yes! This rules so hard! Shark and squid? Why waste two encounters? Combine them for the best encounter ever.

Steve: Exactly, dude. Tell me you wouldn't watch it.

Zack: I would rather chug the juice funeral homes drain out of corpses than miss a single second of Dean Cain's film career.

Steve: It seems to be the front half of a squid stuck to the butt of a shark. I wonder if it has a beak back there.

Zack: When you're dealing with a Squark take nothing for granted. Dr. Logan Powers travels to Hell Island to research the decline in population of dolphins, but what he discovers may just cost him his life.

Steve: Does he find a beak on a shark's butt? I think it's just supposed to be tentacles and not the whole mouth parts of a squid, but I could be wrong.

Zack: Reporter Hillary Ling travels to Hell Island in search of a story about disappearing dolphins, but her headline might just be slashed.

Steve: The Noid tried to stop us from meddling with nature.