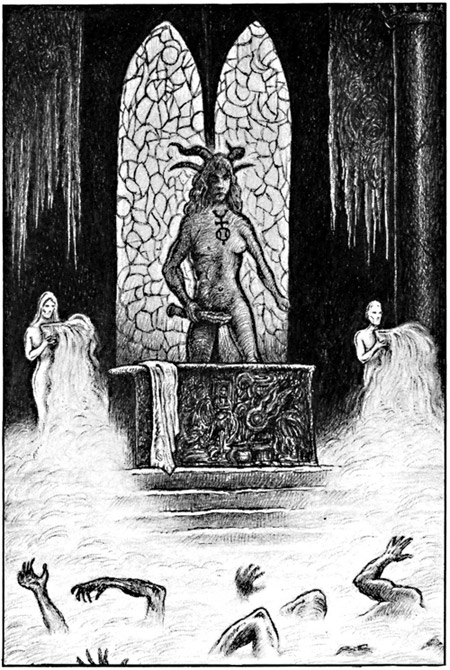 Steve: After the first wave of satanism fears in the USA, Dungeons and Dragons sort of backed off this stuff. They became afraid of the whole demons thing. Not Warhammer.

Zack: No, they went right at it. Pentagrams and rituals and entrails and creepy boobs everywhere.

Steve: I guess it's because the British don't care about the occult, they grew up with druids and wizards in their history.

Zack: I don't think there were historical wizards.

Steve: The point is, I could probably go kill myself after looking at this stuff.

Zack: I get your point. The British would not be surprised if a demon appeared in London and people turned into rats. American culture has basically repressed all the bad stuff to the point that we have the Pilgrims sitting down for dinner with the Indians and then it's barbecues and skateboard ramps and the moon landing.

Steve: Seriously, dude, after looking at all this stuff, I might try to summon a devil. For powers.

Zack: Hasn't the artwork taught you anything? Not gonna work out.

Steve: I know. Rats will gnaw out of my guts and skulls will fall out of my intestines or something, but I'm willing to take that chance.

Zack: Yeah, totally worth it because maybe some evil power will make your arm giant and then give you a disease and that's your Warhammer evil power. You're sick. Congratulations.

Steve: Chronic illness: the darkest truth of all.

Zack: See you next time folks. We have something exciting in store for everyone. I think it's guaranteed to make Steve suffer for once. 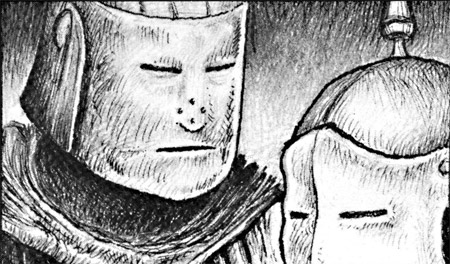