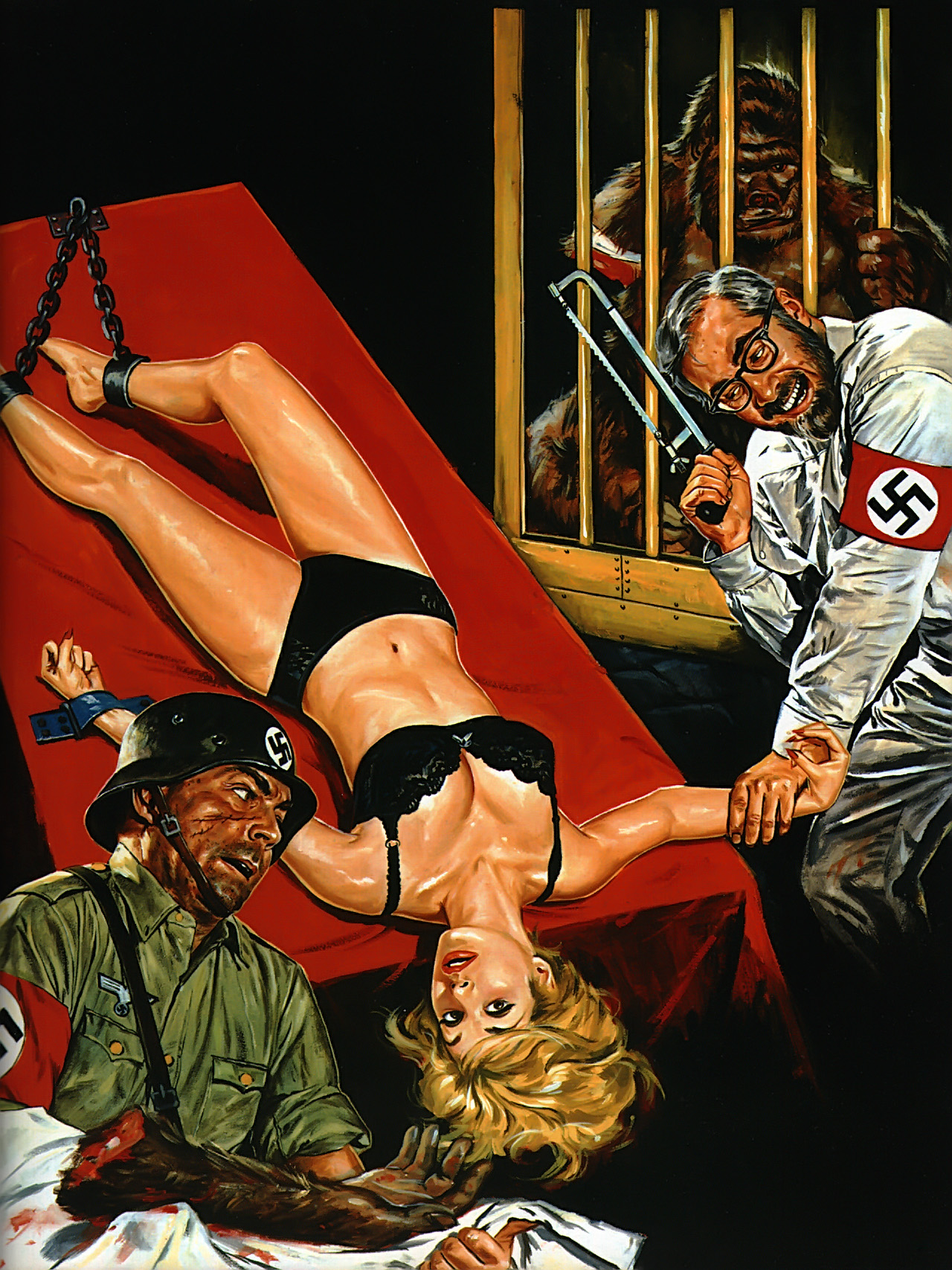 Steve: Whoa, Nazis were up to some stuff.

Steve: The most messed up part of this is that they're making the gorilla watch.

Zack: Even more messed up is that the Nazis spent years teaching the gorilla sign language.

Steve: Do you think it's going to get the woman's arm?

Zack: I'm not a Nazi medical doctor, but I don't think it really makes a difference. It won't work.

Steve: Yeah, and lucky for the GIs fighting against the Nazi gorillas.