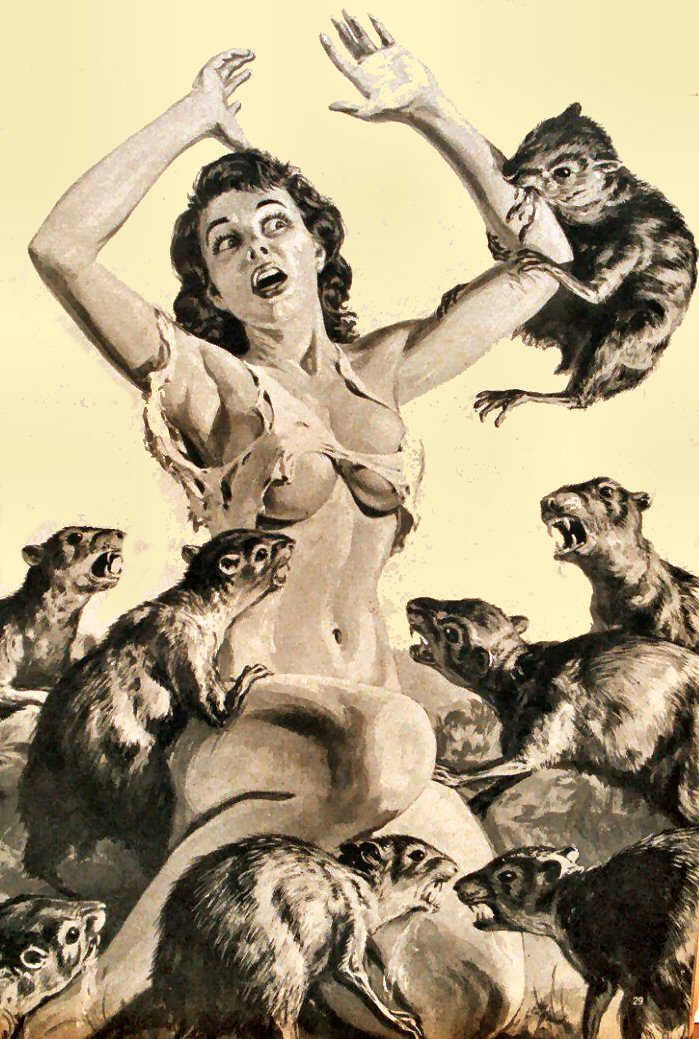 Zack: This is what happens when you leave food out for stray cats.

Steve: I don't think those are cats. Unless things were way different in olden times.

Zack: I don't know about that, but the olden times certainly had a thing with women being almost naked and attacked by animals.

Steve: Maybe it used to be a common problem.

Steve: Like how we eliminated a bunch of diseases and also we got rid of swarms of varmints attacking sexy babes.

Zack: And just like with whooping cough, Jenny McCarthy is bringing them back.

Steve: I think a lot of people would pay to see Jenny McCarthy attacked by a swarm of squirrels.

Zack: I'd settle for her getting attacked by a garbage truck.