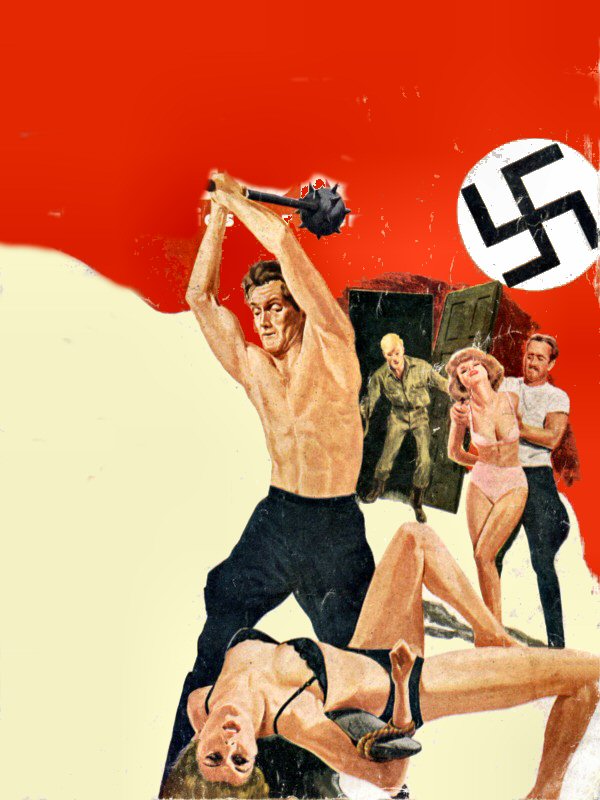 Steve: Sure, why not? Nazi with a mace.

Zack: I wonder if German people know how crazy saturated with weird Nazi stuff our culture has been for the past 65 years.

Zack: I mean we have plenty of Nazis in this stuff, but the covers we sifted through were like half Nazis whipping and attacking women.

Steve: I sometimes wonder if neo-nazis who wear Nazi uniforms are more like the people who dress up as stormtroopers at GenCon than actual nazis.

Zack: If Darth Vader had wielded a spiked mace there would have been huge crossover between the two groups.