Rifts World Book 6: South America is the first of two books covering the continent of South America for Palladium's popular role playing game system for 12 year old boys. As with most World Books for Rifts, the South America outing does its best to distill the rich heritage and culture of a region into a series of types of power armor and breeds of mutants, to which it then adds a whole lot of nonsense about bug monsters and dinosaurs. It doesn't quite count as cultural appropriation when there is a vampire gaucho fighting a mechanical t-rex. 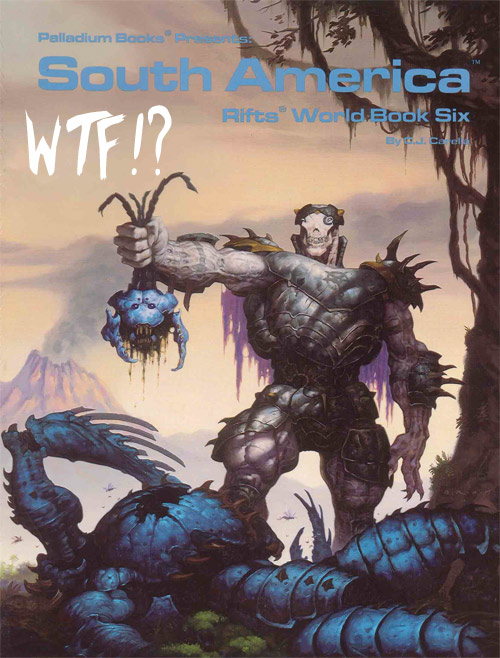 Zack: Is C.J. Carella a Latino?

Steve: Yeah, I think so.

Zack: That's pretty cool, until you realize that every single Rifts book gets filtered through Kevin Siembieda so it all comes out as a mush of skeleton power armor and unnecessary character classes.

Steve: He should probably get that looked at by a doctor. Vitamin imbalance or something.

Steve: I would never take a multivitamin again!