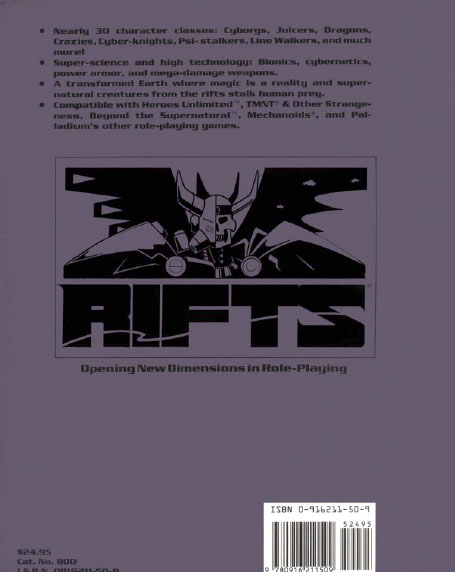 Steve: Ah, I feel like we could do a 100 page look at just the main book. There's so much stuff we left out.

Zack: Maybe we can do a part two in the future.

Steve: On the main book?

Zack: I don't know. Maybe we can do a source book or something. I don't know, what's out there?

Steve: You have no idea what you're asking.

Zack: How many books are there. 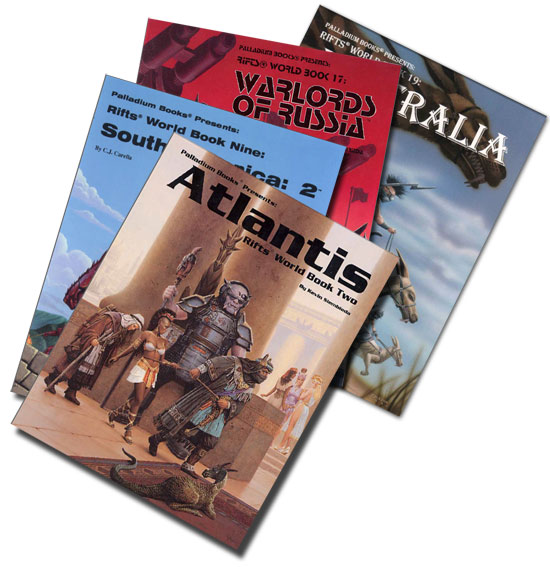 Steve: There are a lot. There are so many they released two source books on South America.

Steve: Way, dude. Way. Two on Russia. Japan. Australia. Plus all the adventure books. The war between the Coalition and Tolkeen. And the Coalition sourcebooks. And the Vampires and Mechanoids.

Zack: They did a source book on Canada and Quebec?

Steve: It's a good thing Rifts is just about the sweetest game ever written.

Steve: No, I didn't mean it's better than D&D. But, like, you can be a wizard flying a jet plane against a dinosaur.

Steve: Whatever you can imagine! It's Rifts!

Zack: If you can imagine anything for us to cover in the future feel free to email me or Steve! We appreciate feedback as well!