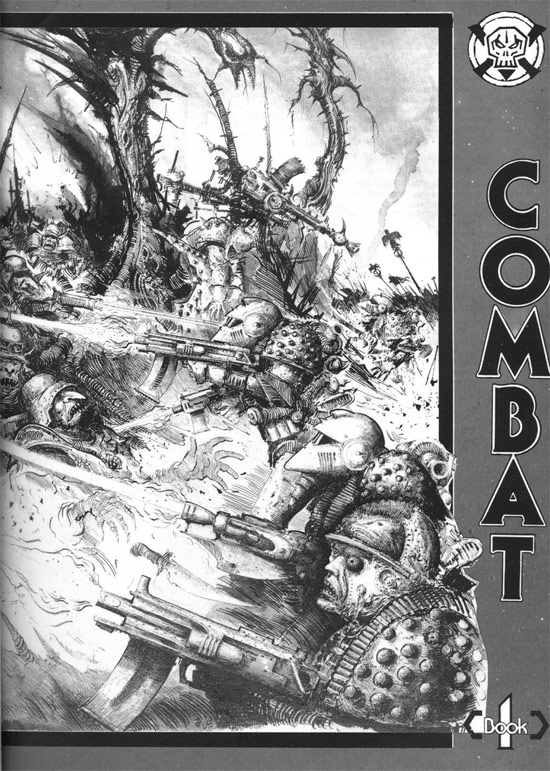 Zack: If you yell at every creepy piece of artwork this is going to get really redundant.

Steve: Alright, but why are zombie soldiers fighting an army of witches!?

Zack: Rogue Trader lacked some of the quality and consistency of later books. You ended up with a lot of pictures like this one, where maybe one or two elements are recognizable and the rest is a nightmare scramble of random tanks and weird robots and melty-faced Vietnam soldiers fighting hook-nosed witches.

Steve: Is that a tree? Even the tree is weird and creepy.

Zack: At least the nasty marines appear to be winning. Pushing back the tide of toil and trouble.

Steve: I can imagine them in the GW studio looking at this artwork and the head editor dude is like "Oi mate wicked space battle, but could you put some Nazi hats on the witches? Gruff them up a bit mate. Otherwise I be chuffed. Love the bird tree."

Zack: It's you, Steve. You are the worst fake British writer.

Steve: Bloody hell the shite you say! Arse me!